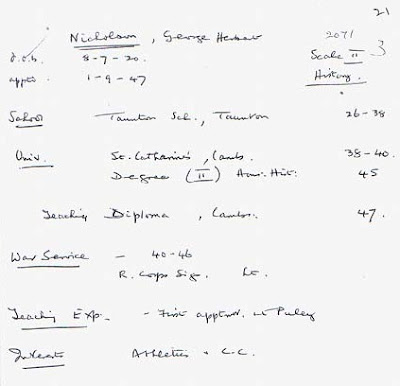 Fresh from the Croydon Archives - click the photo to see it full size. What a gem.

Interests are shown as Athletics and Cross Country. What a man. Mmm
Posted by The Archive King at Wednesday, November 28, 2007 1 comment: 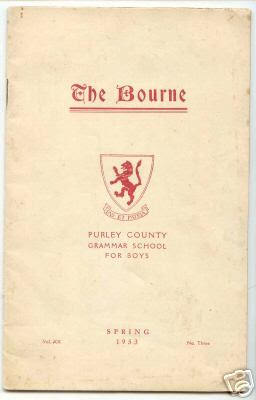 Is nothing sacred ? - click this link to bid on history.
Posted by The Archive King at Monday, November 19, 2007 No comments: 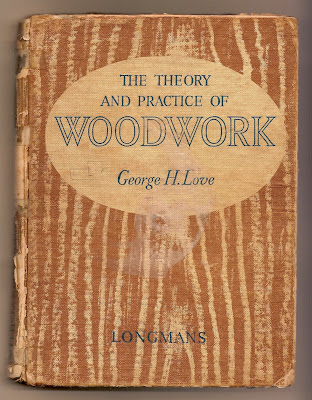 We have been promised a copy of the missing photo soon - if anyone else has a copy let me know.
Thanks.
Posted by The Archive King at Sunday, November 18, 2007 No comments:

Jebel Kabir ( 1974-79 ) writes
"Nobody appears to have mentioned the 1977 panoramic photograph.
The gap of only two years between this and the 1975 photo was the result of the "School Council" (yes, an attempt at democracy did exist in the school in the 1970s!) suggestion that the school should commemorate the Silver Jubilee (the Silver Jubilee logo appeared on each print). I seem to remember a/some silver birch tree(s) being planted in 1977. Did you notice them at the reunion?
Are we going to see photos of the demolition of the school on your sites?

I started in September 1974 (4th form as we called it in those days). I was one of the first to be denied the opportunity to sit the 11 Plus exam and, therefore, arrived at Purley Boys three years later than I should have done! I remember D G S Akers at a School Council meeting, responding to a boy's request to have the school sign re-erected outside the school (it had fallen behind the low wall in Placehouse Lane): "Good heavens, boy! Do you really want people to know what this school has become!" The sign remained where it was, of course! "
Posted by The Archive King at Wednesday, November 14, 2007 No comments:

Does anyone know who the boy is ? click the photo to see the detail. 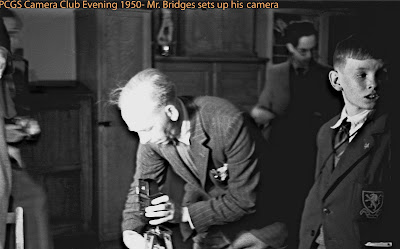 Posted by The Archive King at Sunday, November 11, 2007 No comments:

Alan Girling writes to add to this photo - "I recognise a couple of these – the blond bloke standing next to Bill Patterson was called Pearson (Pierson?) but don’t remember his first name. The small lad sat next to Adrian Christie is Tom Ferguson. The missing name looks a bit like a bloke called Dick Haslam, who joined in the LVI from Woodcote, bit don’t remember if he played cricket or not." 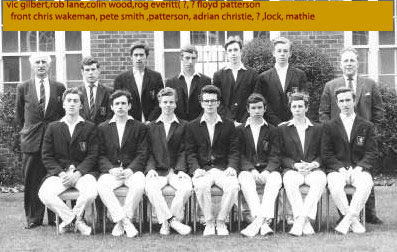