This priceless picture is also from John Shirley’s production of Gogol’s The Government Inspector. Brian Head is picking his nose on the extreme left, Robin Gracey squints on the extreme right. Giles Easterbrook, now an eminent musicologist, is in the centre of the picture looking fierce. In the fine wig, at the end of the stick, is a dragged-up Martin Smith.

Editors Note: Alan Girling writes "The guy being pointed at in the picture is Andy Rogers"

Thanks to Pete Shaw <>

Posted by The Archive King at Wednesday, March 26, 2008 No comments: 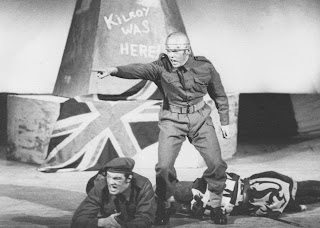 This is John Shirley’s production of his mother’s play In Another Part of the Field, staged at the school in 1968 and at the Croydon Drama Festival. Pete Wood is standing, with Brian Head on the floor.

Thanks to Pete Shaw

Steve Eckersley (Eckerslike to mates). has sent in these gems from the Snowdon trip of 1978.
"Finally, I managed to get around to looking for the photos I promised you - here they are. They were taken on a Bens trip that I was on, by Mr Moorhouse (I think - hope I have his name right as it was a long time ago). The last picture is a group shot and (if I remember correctly) back row far left is Mr Crosskey and back row far right is Mr Moorhouse (camera set on time delay). As for the year, it would have been between 1978 & 1979 - unfortunately I only have the scans now and didn't note the date."

Thanks to Paul Masters for this gem. 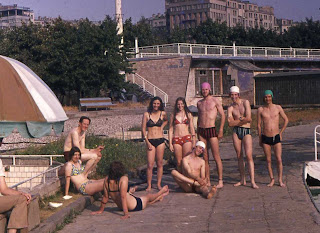 click the photo to see it full size.
Posted by The Archive King at Monday, March 10, 2008 No comments:

"I was at Purley County for my sixth form only, between (I think) 1966 and 68. I acted in a few of the school plays, and have a few photographs of the production of The Government Inspector and In Another Part of the Field (the latter a four-hander: myself, Pete Wood, Martin Smith and Brian Head). Do you think anyone would be interested in these, if I scanned them and e-mailed them to you? I often spoke in the debates chaired by The Rev. Holt, but alas have no photographs. I have a truly amazing group picture of the school trip to Sweden in 1968, where we were driven across Scandinavia by Bill 'I am in loco parentis, and don't you forget it!' Patterson, and Mr Jeffreys.
I still keep in close touch with a few Old Purleians: Pete Wood, Andy Eustace, George Rattray, Pete Dewey, John Butler. Also, with John Shirley, and at a funeral recently, I bumped into Bill Rainforth, who taught history.
I like the Fas site, so well done. Oh gawd! Memories of the school hut in Snowdonia.
A Jewitt Anecdote: A few months after leaving school, a few of us went camping on the Lizard in Cornwall. My companions were Pete Wood, Nigel Aslin, Roger and Nick Everett. We decided to track down the fabled address from which Dr Jewitt sometimes sent summer correspondence about exams, etc. In the village, we bumped into the man himself. Even then, we were intimidated, as he stood there, in shorts and holding a milk bottle. He said, 'What a wonderful world you chaps are inheriting.'
Well, maybe...
Today, nudging 60, I am a retired advertising man and sometime academic.
Warmest regards,
Pete Shaw 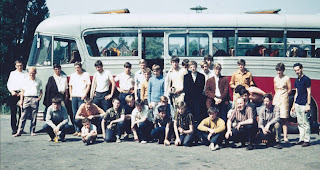 This is the school trip to , in 1968. The legendary Raymond Steyning is on the extreme left, with Mr and Mrs Jeffrey on the extreme right. Johnny Butler is in the back row, fourth from the left, and ‘Honko’ Van Beinum is on the right, leaning against the bus in a yellow shirt. Rog Yapp is there, as is Brian Head. I am sure one or two of your readers is also in the picture (I am not). 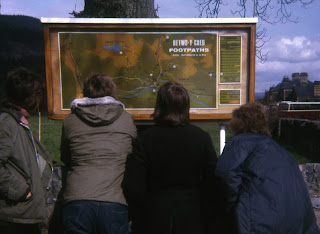