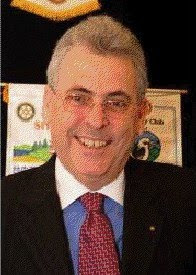 The answer is in China  - Peter Humphrey joined Purley GS in 1968 and has sent a great note about his career since leaving in 1974.

"I studied a BA in Chinese at Durham, including a year in Taiwan. After graduation with 1st Class Hons in 1979 I moved to Beijing on a British Council scholarship and then taught English to 50 mature students who had “returned from the countryside”. I have lived and worked in Beijing, Shanghai, Hong Kong and Taipei, and also spent a decade covering war, revolution and social change in East Europe and the Balkans. I was a foreign correspondent for 18 years, sneaking into journalism by the back door with SCMP and then going on to work 16 years for Reuters. After covering the Hong Kong handover, I left the news in 1998 and joined first Kroll and later PwC as a risk consultant and fraud detective. My work over the years has sent 15 fraudsters to jail and helped to rescue a kidnapped child. Four years ago I founded ChinaWhys, which specializes in fraud investigations and internal audits. I am married to one of my former students, who is now a forensic accountant and my business partner. We have a son who is at the Dulwich College of Beijing. I am active in charity work in the Chinese community and I am Vice President of the Rotary Club of Beijing. I have used my spoken Chinese and reading ability all these years, but write it rather less than I used to. I like to send my spare time in the mountains - beyond the Great Wall - hiking and enjoying trout grilled in the open air with Xinjiang spices."
Posted by The Archive King at Monday, July 26, 2010 No comments:

For those who want to hear a piece of distilled of history please dclick the link and download the file - enjoy !
Thanks to Geoff Hayes for this.
Posted by The Archive King at Tuesday, July 20, 2010 No comments:

We have here (click the link) the full script of the show -
Sports Concert Finale 1976 - Cinderella
Here is a photo that was snapped just as the finale ended with everyone on stage. You can clearly see Cinderella, Charming (two young ladies from Purley Girls), Policeman, Narrator, Goose, Joanne and Stella and Baron centre stage.There is also an MP3 file of the show - i need to find a way of posting this on here. 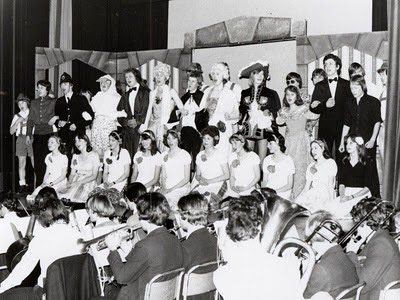 With grateful thanks to Geoffrey Tyers - Captain of both teams. 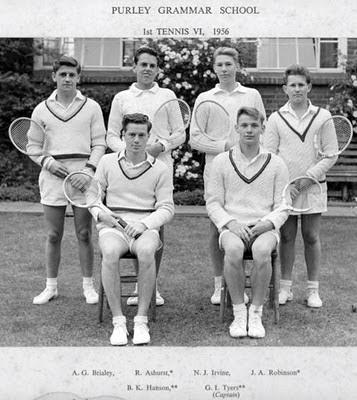 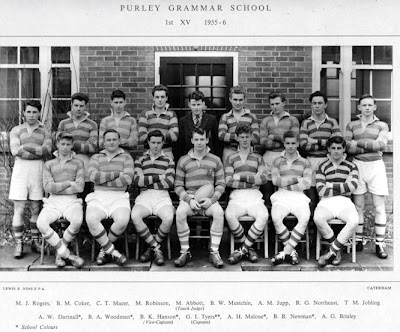 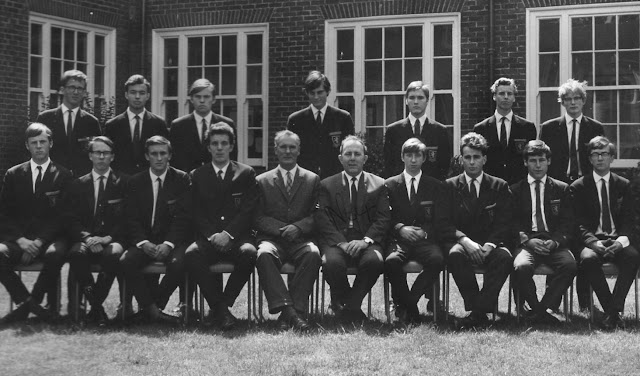