The Pirates of Penzance 1974 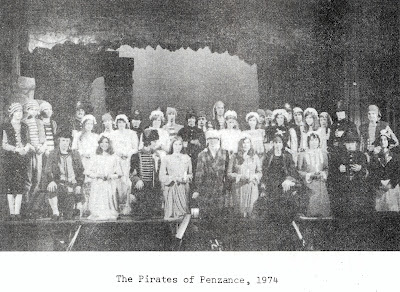 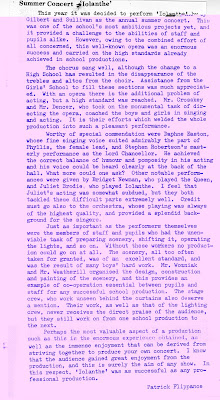 Having recently retired after a career in Probation, I have been indulging in some nostalgic reminiscing and came across the PCGS website which I found extremely interesting. I only wished I had found it in time to come to the final reunion in 2007 prior to demolition of the buildings. Is there any active dialogue going on between old boys, in which case please let me have details, and could there be a final, final reunion sometime in future?

I was at the school from 1958-65. I was able to remember all the staff from the 1960 photo although there were some staff I remember who were absent from that picture. I recognised the actors from the pictures of the production of Macbeth and the play bill.

I went on a trip to the Snowdon hut in 1958 although stayed at the YHA as I was a junior, and I remember the awesome experience of the return journey on the newly opened M1! lAmong my contemporaries in the school were Ed Etherington and Peter Cox who were both at the reunion. I was amazed to read that Len Kneller was still around and I wonder if he is still in contact.

In the second year Len taught me Maths and RI, or was it RK, as he opened our young minds to the basic beliefs of world religions-a syllabus which was far in advance of its time and which gave me a liberal and enquiring approach about my own beliefs to this day. In Maths I well remember Len's hilarious Jim-Jim stories about a cave man who was always getting into scrapes. He used the stories when our concentration was flagging in double maths or as an incentive to concentrate harder on the next lesson. His lessons were always stimulating and he knew just how to stretch young minds!

I well remember the shock-awe in assembly when Basher Birchall announced he had punished the sixth form boys after they had been imbibing in the Tudor Rose on the last day of term.

Unfortunately I do not think I have any photos or other memoribilia to contribute to the web-site. I did have a set of the Bourne but they were destroyed at the time of a house move and I think all I retain now are some exercise books but I will check.

I was not involved in field sports but knew many of the cricket and rugby team members eg Alan Green, Harold Holdstock, Nigel Turk. My main interest while at school and for many years afterwards was chess so I was closely involved with the chess club and teams. There were several players I knew who were involved in chess as well as being members of school sports teams. For example, there was Gerry Reid, a rugby first team player ( possibly also cricket ) , who was in the sixth form when I was a junior and Mulligan who was a year younger than me, who played in teams at both rugby and cricket.

The most illustrious player who ever emerged from the school was Simon Webb (1959-66) who later became an international master and, after he retired from over the board play, he became a grandmaster at correspondence chess. He married a Swede but about 6 years ago he was tragically killed in Sweden after being stabbed by his own son, a drug "addict"after an argument. This hit the headlines.

Another player who was captain for a time was Matthew Bransby(1957-64) and I believe he also met an untimely end. I may be wrong about this but, by some strange coincidence, about 11 years ago I happened to glance at a copy of the Times newspaper and my attention was drawn to a report of the death of MB (who was the right age) who had fallen to his death after a climbing accident. 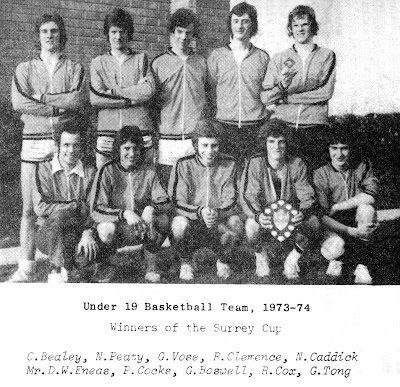 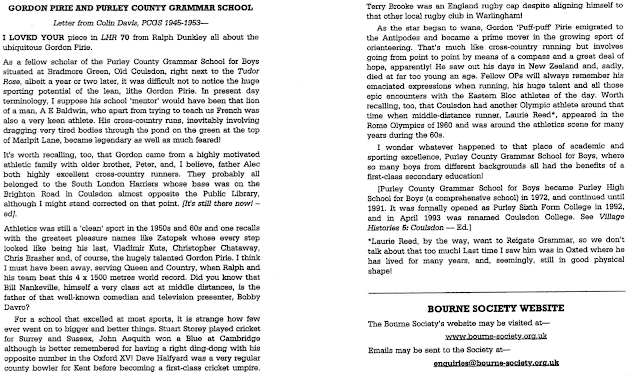 Thanks to Martin for spotting this.
Posted by The Archive King at Sunday, May 20, 2012 2 comments: 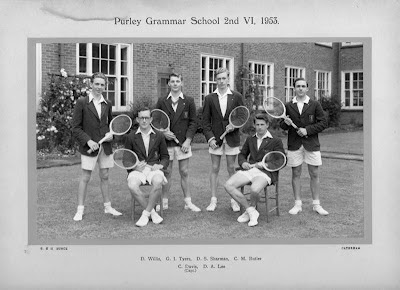 Thanks for Geoffrey Tyers for this- click to see full sized
Posted by The Archive King at Tuesday, May 15, 2012 No comments: