Fascinated to come across the PGS website a few years ago and see material from the 1960s including film from the Snowdon Hut. Had a bit of time on my hands while its rained heavily this weekend and have dug out a few pix from my time there, a contemporary of Rob Lane R.I.P and Alan Girling whose names and pic of the basket ball team have come up on this visit. Hello Alan, you will be interested in these photos which all include you in the cricket and rugby teams. You'll be able to fix the date on them I'm sure as I can't be sure exactly. however I've surprised myself at the number of names I've remembered, for I wrote nothing down at the time. Many apologies to thse for whom my grey cells have failed me.
Ed's note - Alan Girling has kindly added the missing names for you. 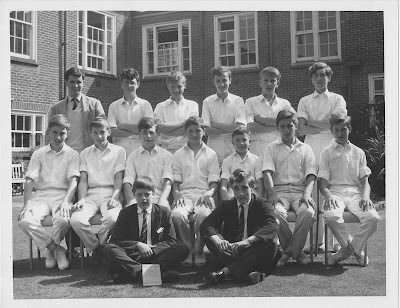 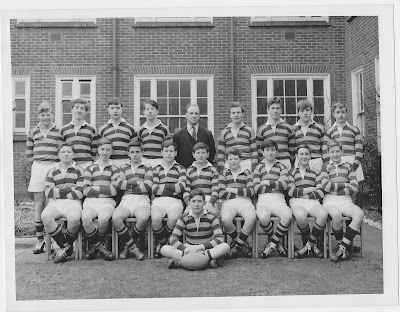 I left Coulsdon after A levels and went to RMAS and Nottingham Uni at the MOD's expense. After leaving the army in 1978 went into University Administration, first at Loughborough and since 1980 at Leeds as Secretary to the Medical School. Still work part-time there as Editor of their Alumni magazine. I think the only PGS Old Boy iI have met since was Roger Massey some time in the 1980s when he was a Consultant Paediatrician at Hull I think.
Posted by The Archive King at Thursday, August 30, 2012 No comments:

John Hanson has passed on the news that Richard "Dickie" Walker has sadly died. No details at this stage.

Here is Richard at the 1999 Cricket reunion in Worcester with the former teacher Peter Yorke (right), a Cricket Match in 1977 ( Dickie is 3rd from right ) as well as at the 2007 Purley Reunion with Colin Benson (left). 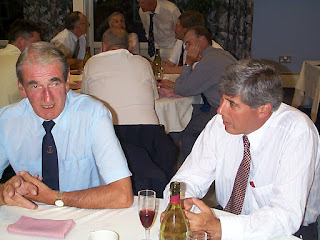 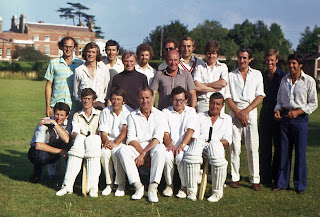 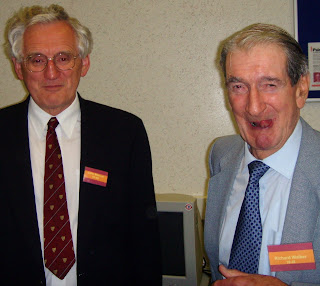 Jerry Rowe - then and now 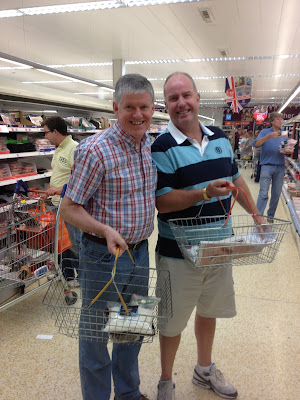 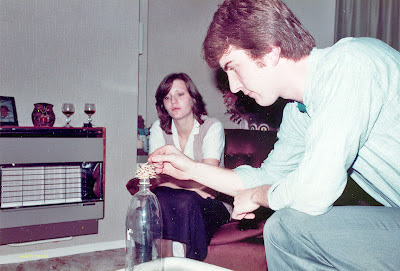 The author ( left ) is seen with Jerry Rowe - star attacking guard from the Old Purleians Basketball team of the 1980's.
Jerry can be seen below in 1984 with his hair.
Posted by The Archive King at Monday, August 20, 2012 No comments:

Then and Now - view from the Tuck Shop 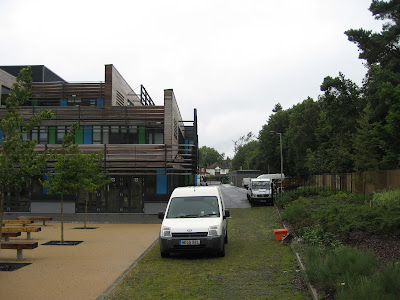 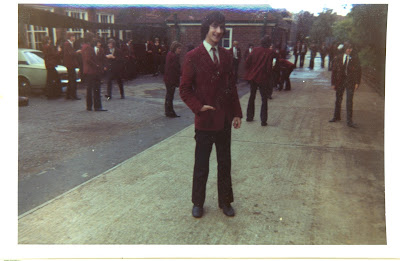 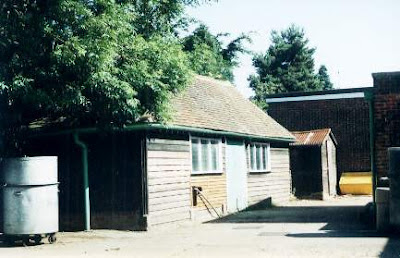 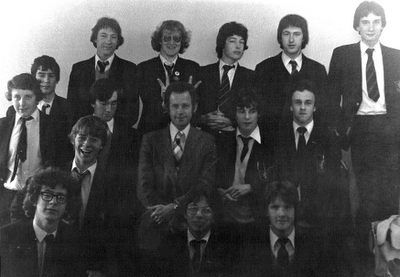 Posted by The Archive King at Tuesday, August 07, 2012 No comments: