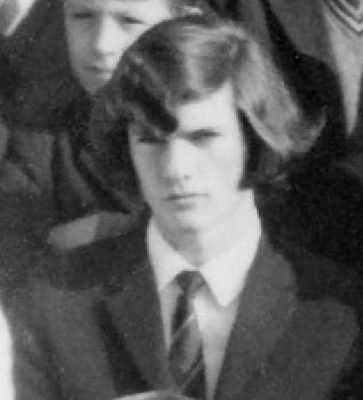 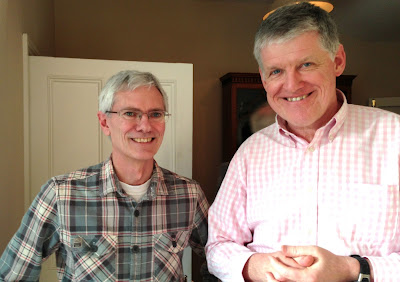 Seen here with your Editor is Andy Hart from the 1963 intake at PGS.

Andy, as you can see, is alive and well and thrives in Dormansland, Surrey.

Posted by The Archive King at Wednesday, January 30, 2013 No comments:

ATC Corps outside the Junior Bogs in 1953 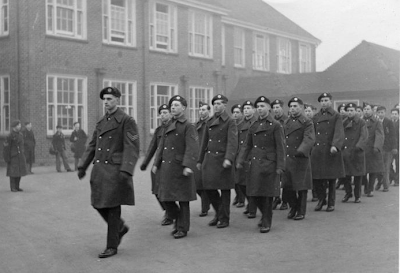 Posted by The Archive King at Wednesday, January 23, 2013 No comments:


I had a chuckle at the anonymous comment under the photo of Derek Akers and Richard Mant.  Richard was my Form Teacher when I was in the 5th year and I was present in assembly when DGS banned us from snowball fighting as it wasn’t ‘real snow’.

Derek Akers was something of a demi-god to pupils, but he was also much revered by some of the staff, particularly the younger ones.

This brought to mind an incident which I witnessed in after another assembly at about the same time.

DGS had asked a small number of pupils to remain behind after morning assembly for a group telling off for a misdemeanour.  Garth Wright, a teacher of Economics, I believe, had also asked a group to remain behind for some kind of briefing. 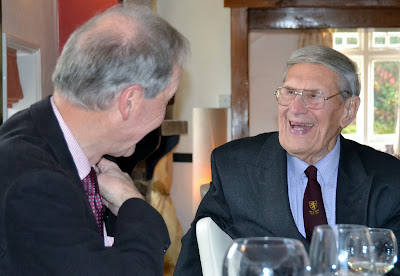 The school slowly filed out towards the first lesson and the two separate groups began to muster.  Derek’s group by the stage and Garth’s at the other end of the hall underneath the honours boards.  Garth was surrounded by his group with his back to the stage.

From the stage DGS began to address his group with a single booming word: “RIGHT…”

At this, Garth whirled round, eyebrows raised with a quizzical look on his face. 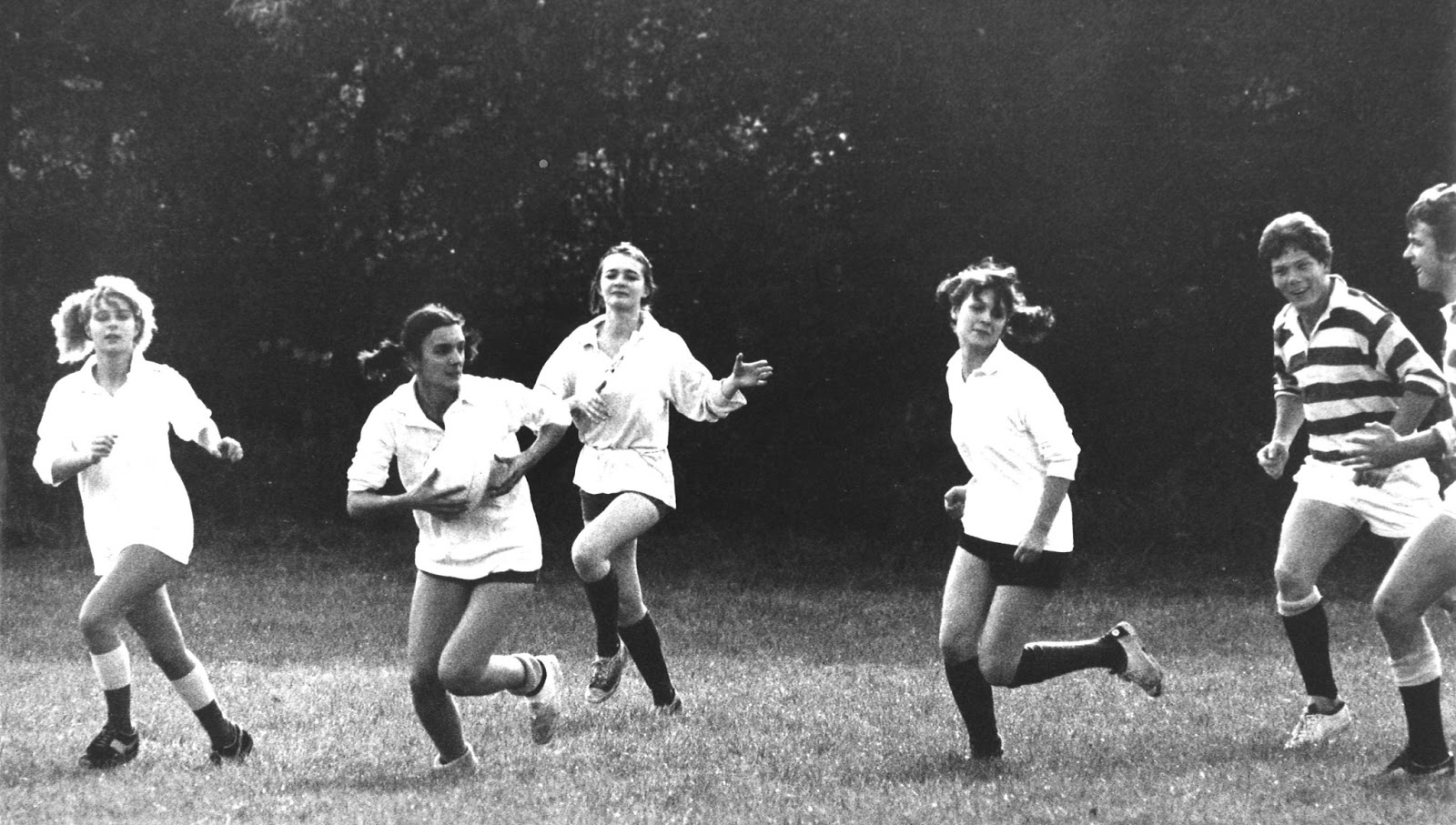 All at the Parsons Pightle.  Click to see full sized. 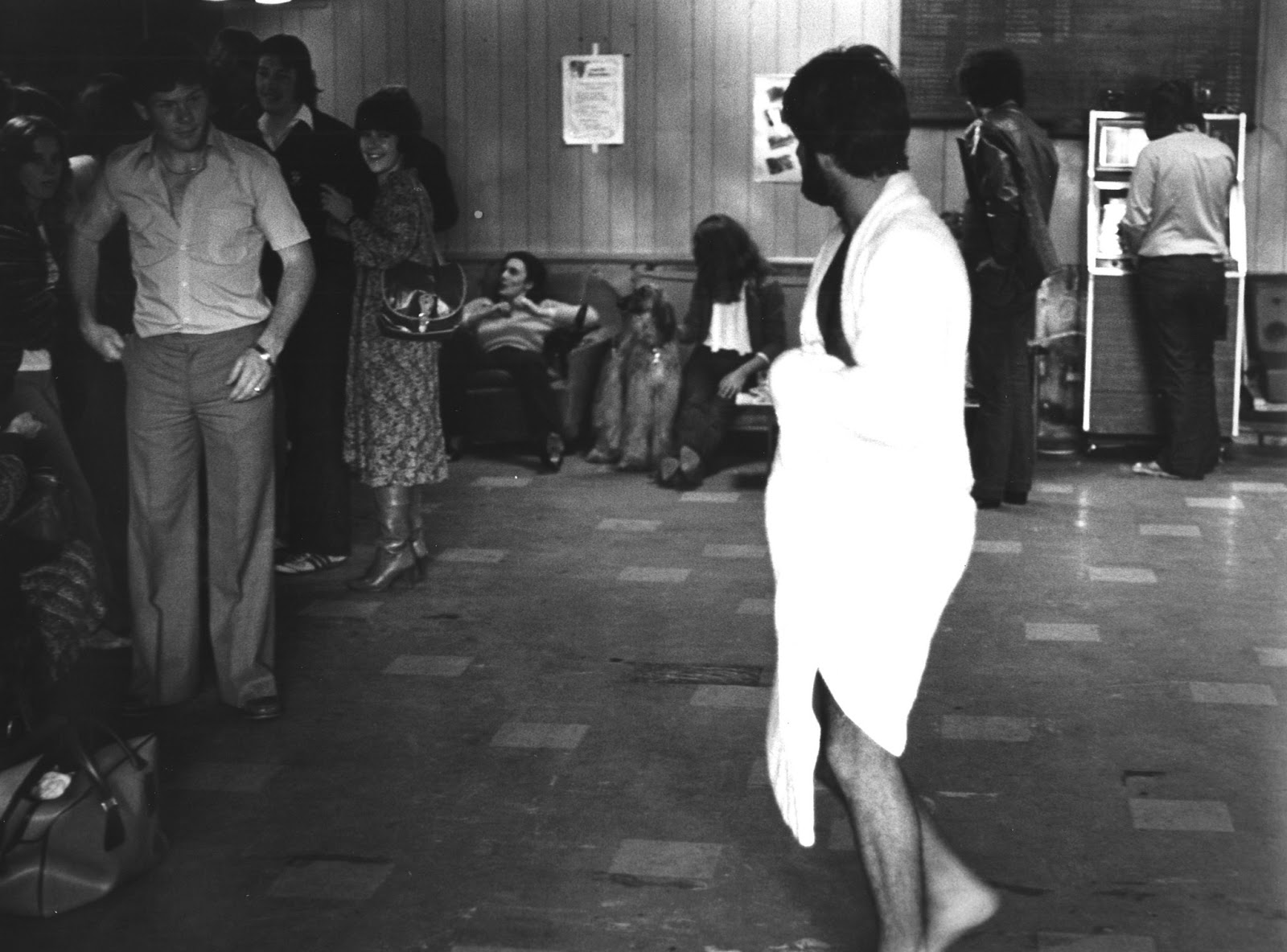 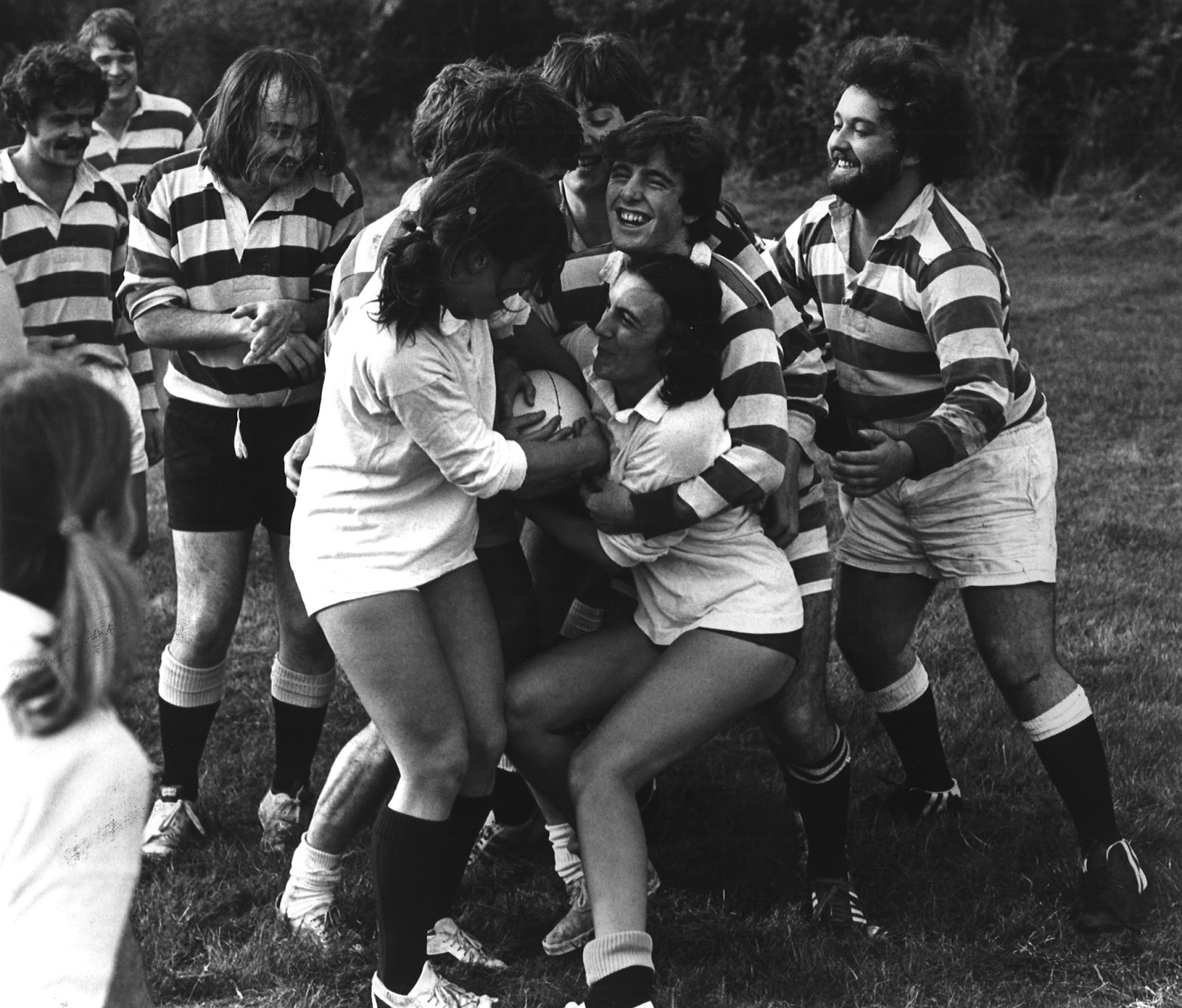 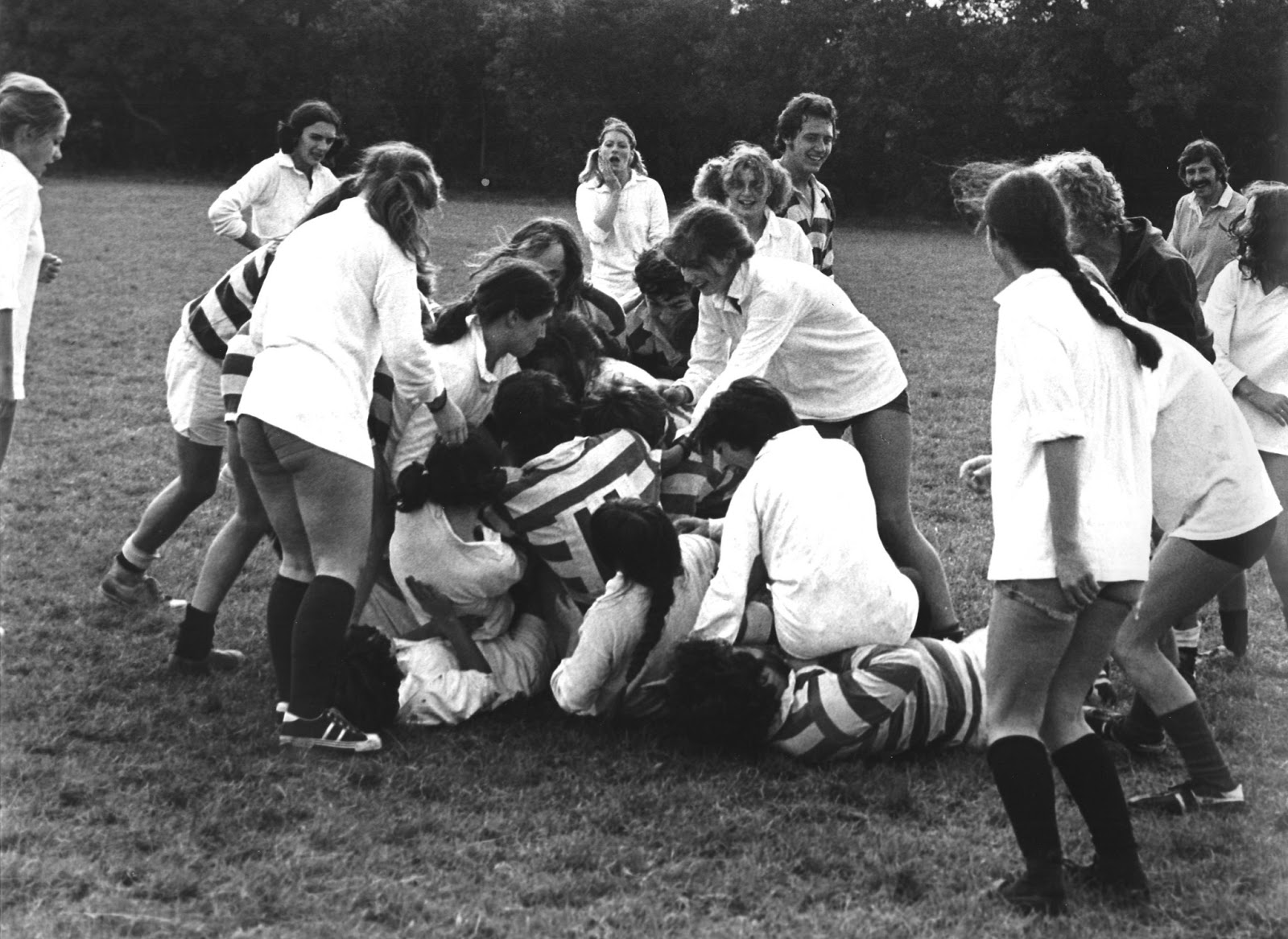 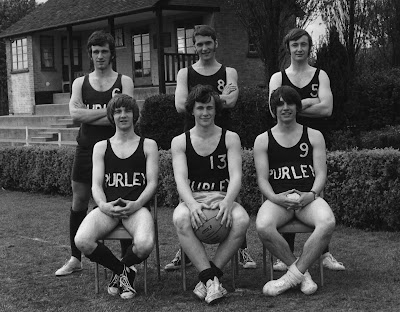 It has a great picture of Steve Dawe, back row left, who sadly died very recently after a long illness.

He is next to Tony Roe and Ed Wilson.
Front Row: Yves Lehur, Rob Swinton, Pete Smith.
Posted by The Archive King at Wednesday, January 02, 2013 No comments: