"I thought I'd check the Internet today to see if there was anything about my old school which I'd heard had been demolished, and I was delighted to find so much information available.
I was a pupil there from January 1936 until June 1940 when, of course, the war changed all our lives and I had to leave school sooner than I expected.

The Headmaster in my time was Mr.B.F.Mitchell and his deputy was "Tubby" Hurst, who played the piano for the hymns at morning assembly in the hall.
I lived in Chaldon Way during those days and Tony Tisshaw and his charming wife lived opposite us, so good behaviour was essential!
I found the list of old boys who had made impressive and successful careers most interesting, and I think the Donald Harper named in the list was the boy who sat next to me in class and became a good friend. We used to make rubber-powered model aircraft  which we flew on Farthing Downs on Sunday mornings.
I am currently living in Thailand with my family, but I go home to my place in East Sussex from time to time, as I shall next month.

I won't go on possibly boring you with what were to me very happy memories of an excellent school and splendid staff, so I would just like to say that I may have some knowledge of those pre-war school years which may be of interest to others. Unfortunately, there are very few of my vintage still around, although I read that three pre-1940 boys attended your final Reunion  ---  how I wish could have been there!"

Editor's Note: There is another Julian Hancock who attended PGS 66-73. The Julian above will be writing more of his memories to you in the coming months.
Posted by The Archive King at Thursday, April 25, 2013 No comments: 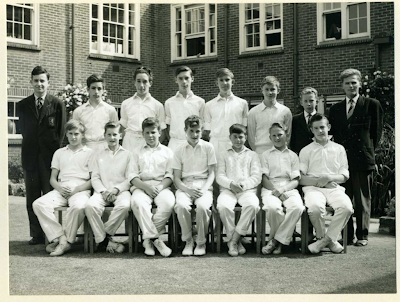 Just spotted the cricket photo and can help with some of the names:

I'd guess this is the Colts XI of about 1964.  They were from the year above me, except Dick Sweet, who I'm pretty sure they drafted in on a regular basis for his batting, even though he played in the U14 team I was in."

Front row L-R: John Paish, Dick Sweet,Angus Lloyd, possibly Phil Welton though not too sure, Robin Gracey, Brian Watters (not sure if Watters was his actual name or an abbreviation), and the unmistakable frame of Phil Jack"
Posted by The Archive King at Tuesday, April 23, 2013 2 comments: 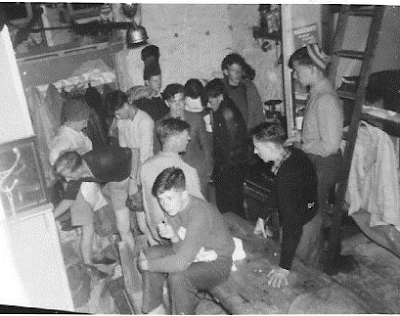 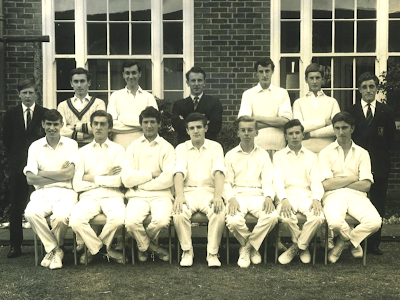