For those of who attended in the 1960 and 1970's this was the shop that became the Corner Sweet Shop and was staffed by the infamous Ruby.

Ruby was blessed "Marty Feldman" eyes that were continuously swivelling to spot any potential shoplifters. 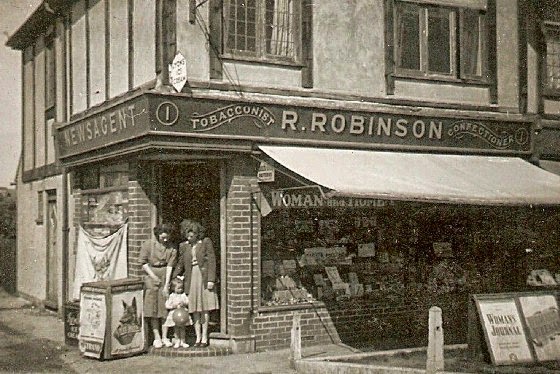 Grateful thanks from Bill Patterson's wife and family

Bill's wife Phyl and family would like to thank all those Old P's that attended his funeral.  It was heart-warming for the family to meet them all, especially the cricketers he coached in the 1960's. They were also touched by the messages on the fasetpatria blogspot and in particular the tribute posted by Alan Girling."

Many thanks, it was nice to meet you again after so many years.

Posted by The Archive King at Tuesday, October 28, 2014 No comments:

Some teams from the 1950's - Apologies for the poor quality. 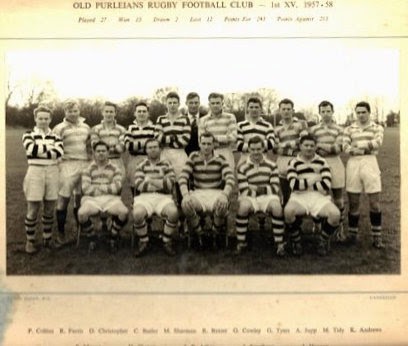 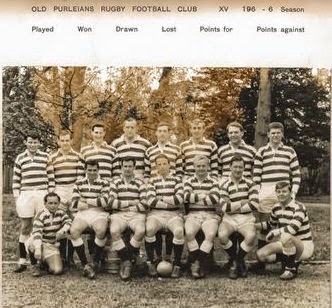 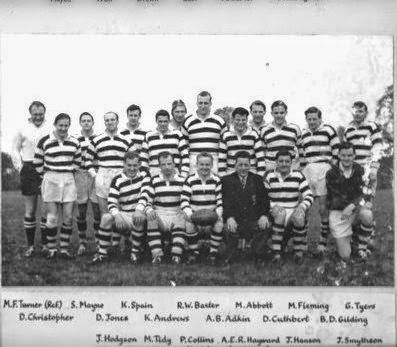 Posted by The Archive King at Friday, October 24, 2014 No comments: 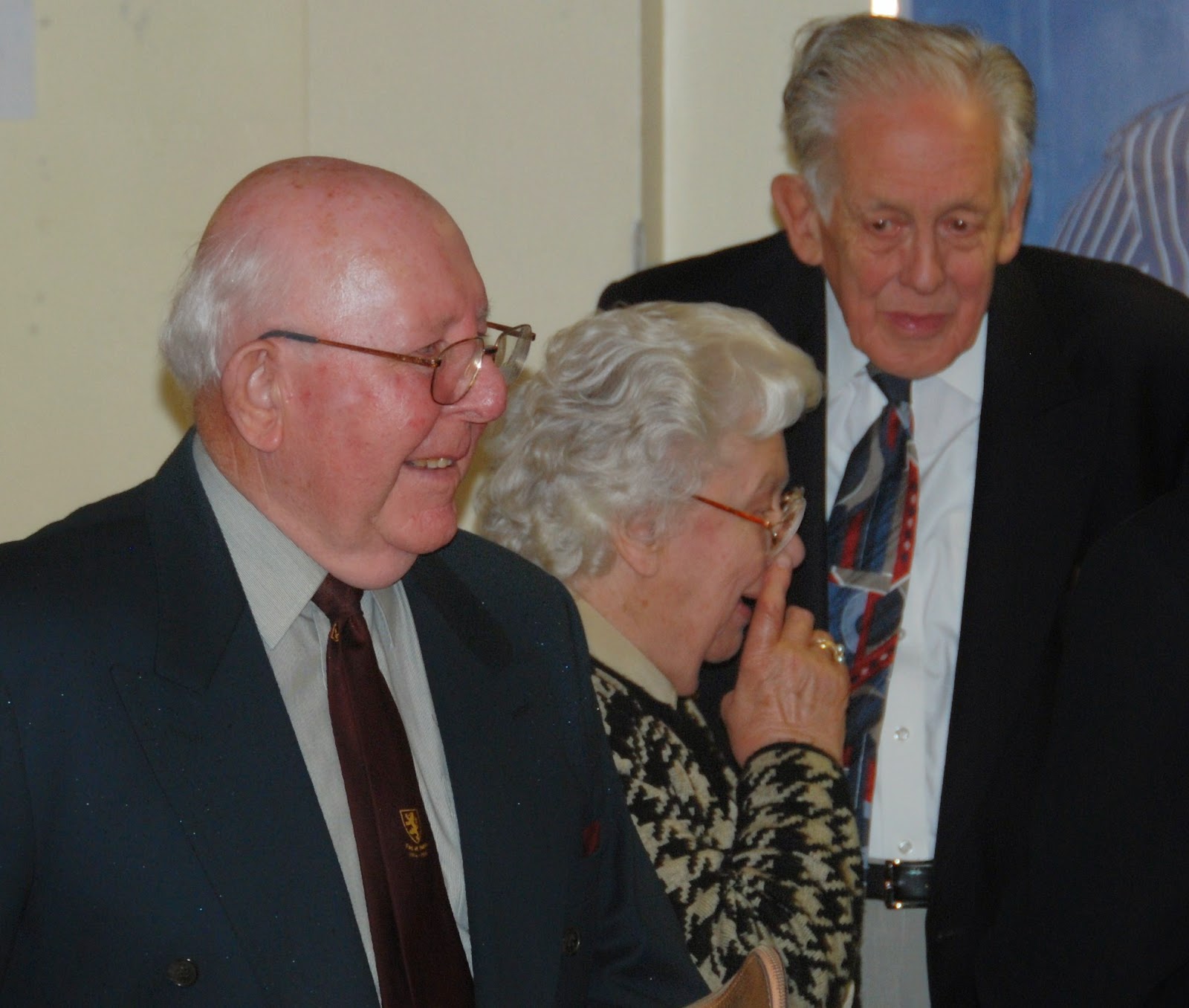 Bill Patterson's funeral was held today and a full church heard many moving words about him.
From his early days facing Freddie Truman when he played for Hull University against Yorkshire CC to his final days with his family and beloved dogs.

Here are a few photos from Bill in 2007. If you want to watch him giving a speech to the assembled throng at the old school have a look here
Bill Patterson Speech 2007 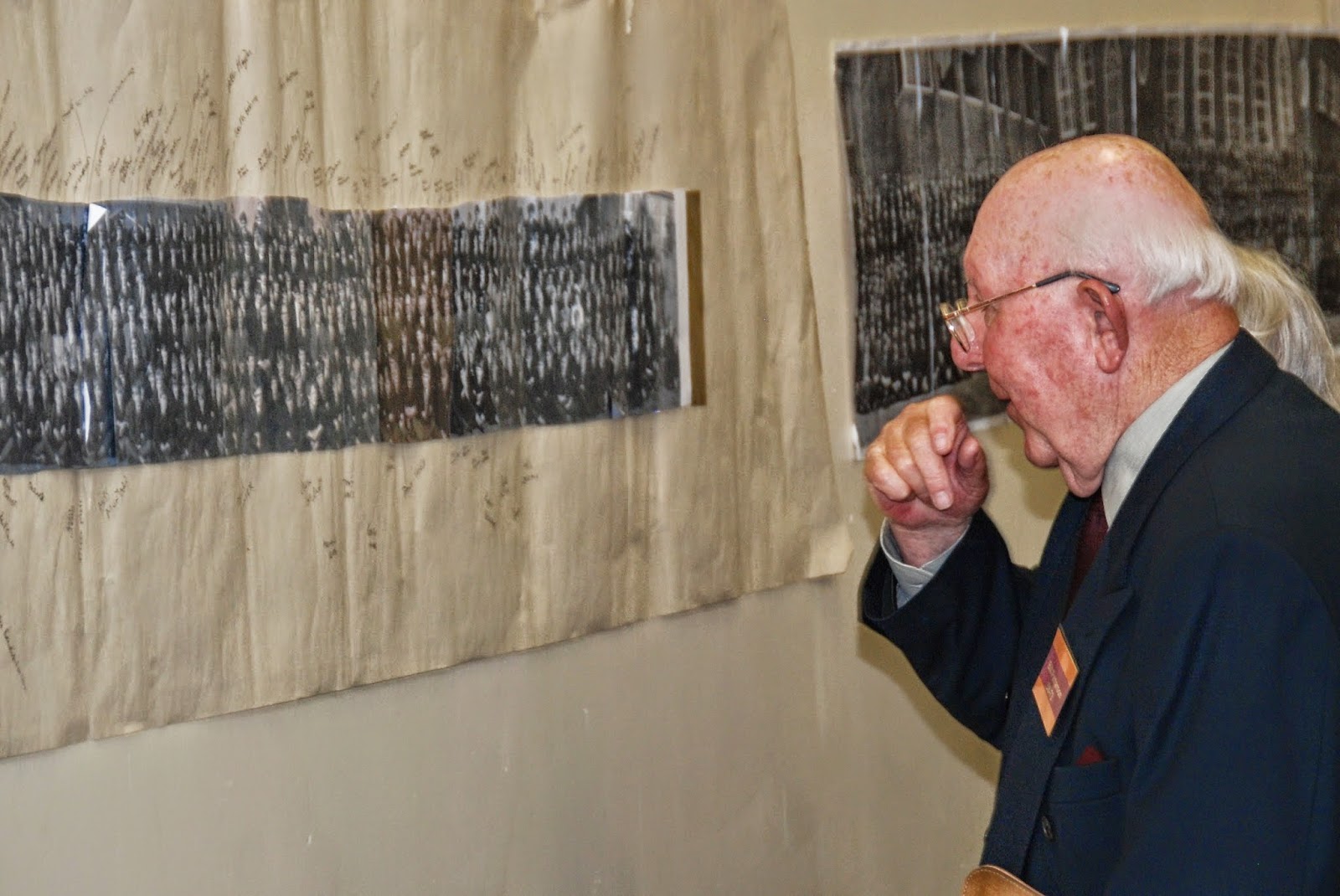 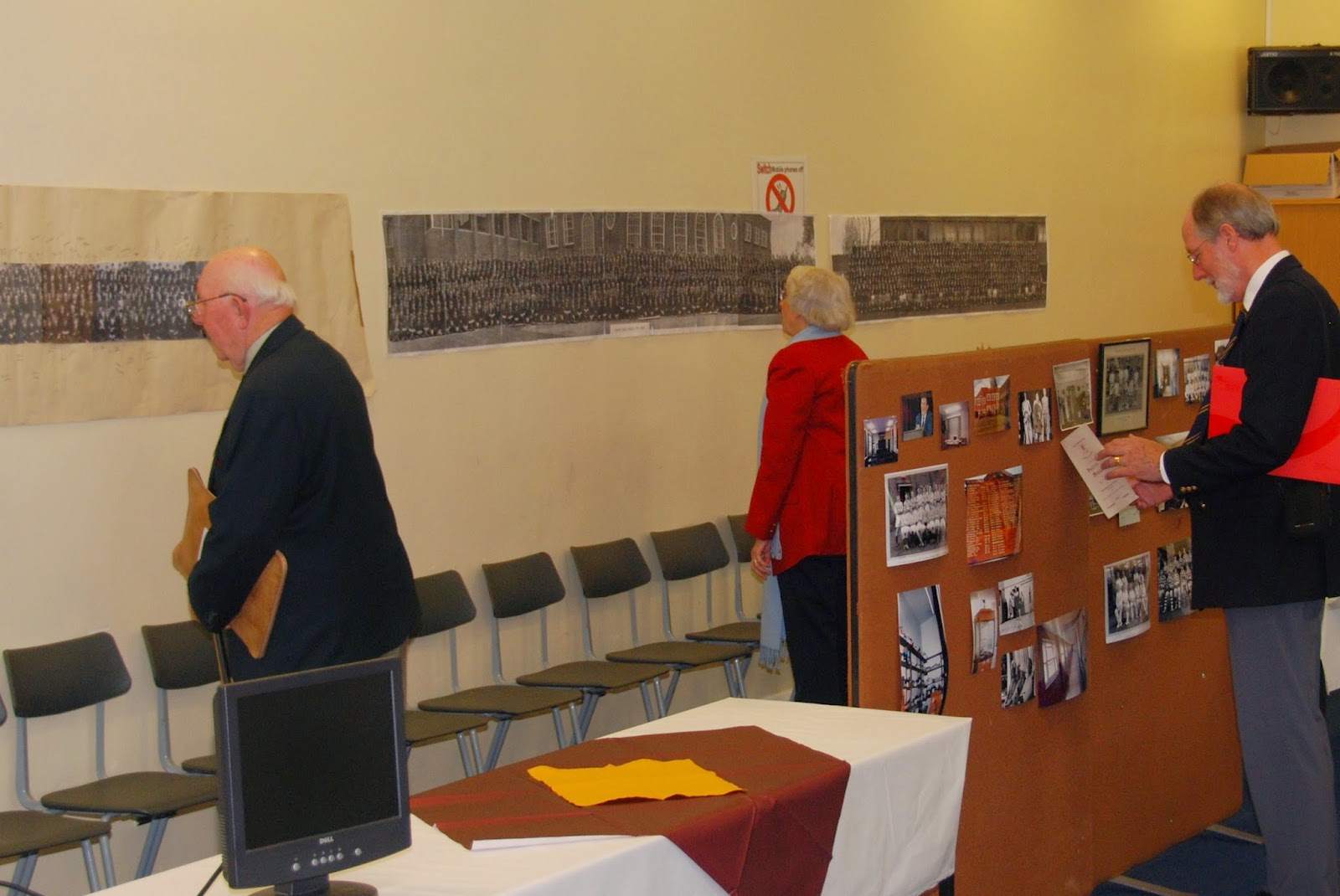 Posted by The Archive King at Tuesday, October 14, 2014 No comments:

Thoughts on the passing of Bill Patterson from Alan Girling

I was very sad to hear of the death of Bill Patterson.  I was at Purley from 1960-68, during the last couple of years of which Bill was Acting Deputy Head, working with Arthur Jewitt as Acting Head.  In my time there, I had nothing but the utmost respect for Bill.  He was a first-class teacher, excellent cricket coach, and a superb role model, not to mention all-round good bloke.

As a Geography teacher, his knowledge always seemed endless.  Whatever question we might throw at him he had an answer for, explained clearly and patiently.  His enthusiasm for the subject was obvious, and he was always bang up to date with the latest thinking.  For example, I remember him introducing us to the topic of tectonic plates and continental drift long before it became the accepted norm in the academic world.  Small wonder we had such a high success rate in the subject come exam time.

Bill’s cricket coaching was no less enthusiastic, and also backed by skill and experience.  I think it was the first serious coaching we had received and it improved our game tremendously.  He made it enjoyable as well as being instructive.  On one occasion in the nets he padded up and then put a penny on top of each stump to encourage us to bowl on a good line and length.  If we knocked the stumps down, we kept the money.  I don’t recall him having to pay out much, although he did refuse to cough up when the pennies were dislodged as he had to hastily avoid a high-speed beamer.  “You’re not getting the money for that sort of ball” was his somewhat terse explanation.

But for me, and I’m sure, many others, it was Bill’s attitude towards us that sticks most in the memory.  From my first Geography lesson in September 1960 to the last in the Upper 6th, I never felt he talked down to us, but kept his tuition at a level where we felt part of the lesson, not just on the receiving end of a lecture.  In this way, he earned our respect from an early age, to the point where I, certainly, looked forward to Geography lessons (not something that could be said of all subjects!).  Bill exuded a considerable presence in the classroom, and I can’t recall him raising his voice very often.  He didn’t need to.  When we were in the 6th form, he treated us like adults, despite some occasional undeserving behaviour on our parts.  His opinions and counsel were always worth listening to and were actively sought by us.  He took in good part the chuckles he was greeted with as he’d burst through the doors of the Geography Room amidst a cloud of pipe smoke, although the pipe had been firmly stuffed into his top pocket.  How he never set fire to his jacket remained a mystery and was the source of much speculation amongst us.

What we didn’t realise at the time was that Bill was a great role model for how to deal with people at different levels.  Patience, understanding, tolerance, fair play and respect for others are all attributes he displayed and I’d like to think they rubbed off on us to some degree or other.  There are some people in this world who are givers and some who are takers.  Bill Patterson was one of the givers, and I and many others owe him a great debt of gratitude for what he gave to us.  Personally, I feel that my life is that bit richer for having known him. He will be sadly missed. 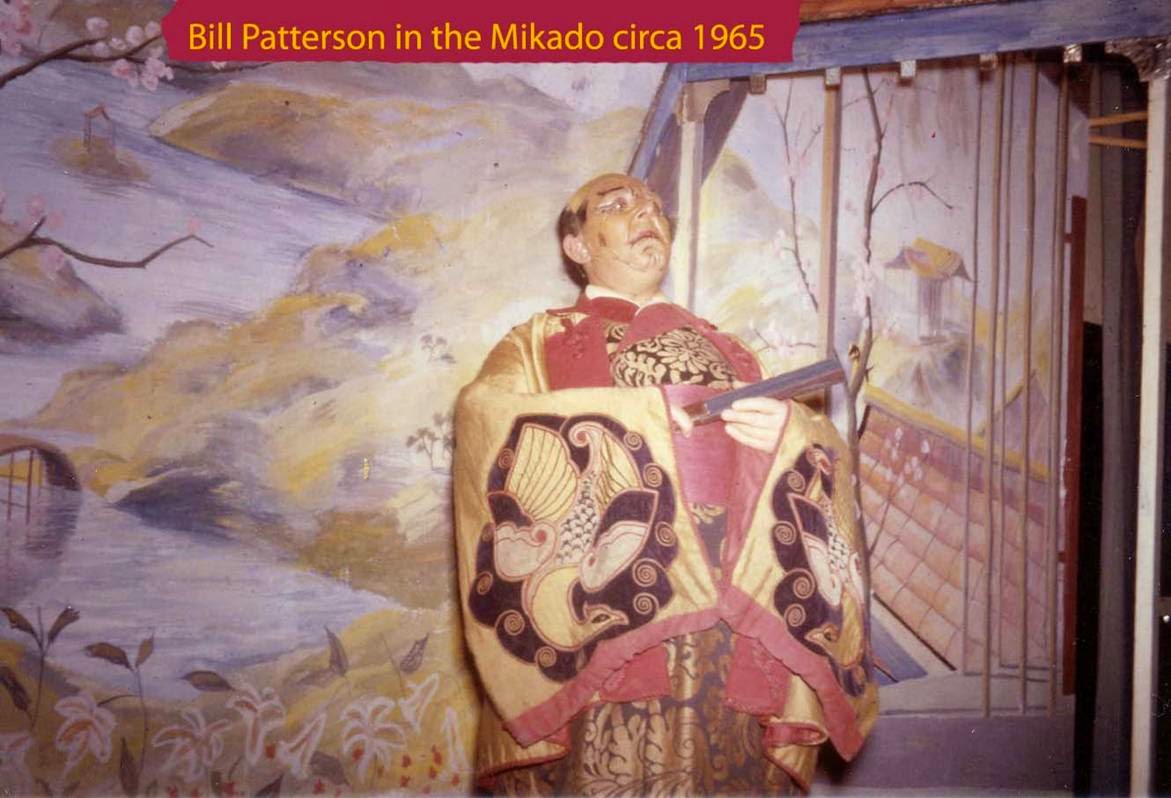 David "Shep" Shepherd brings the sad news that Bill Patterson passed away last weekend: his wife Phyl says she would certainly appreciate  a group of old P's at his funeral on Tuesday the 14th October at 11 am - St John's Church Shirley.

Bill was the former teacher, sportsman and acting Deputy Headmaster and all round great guy.

Here he is in his element - back row first on the left. 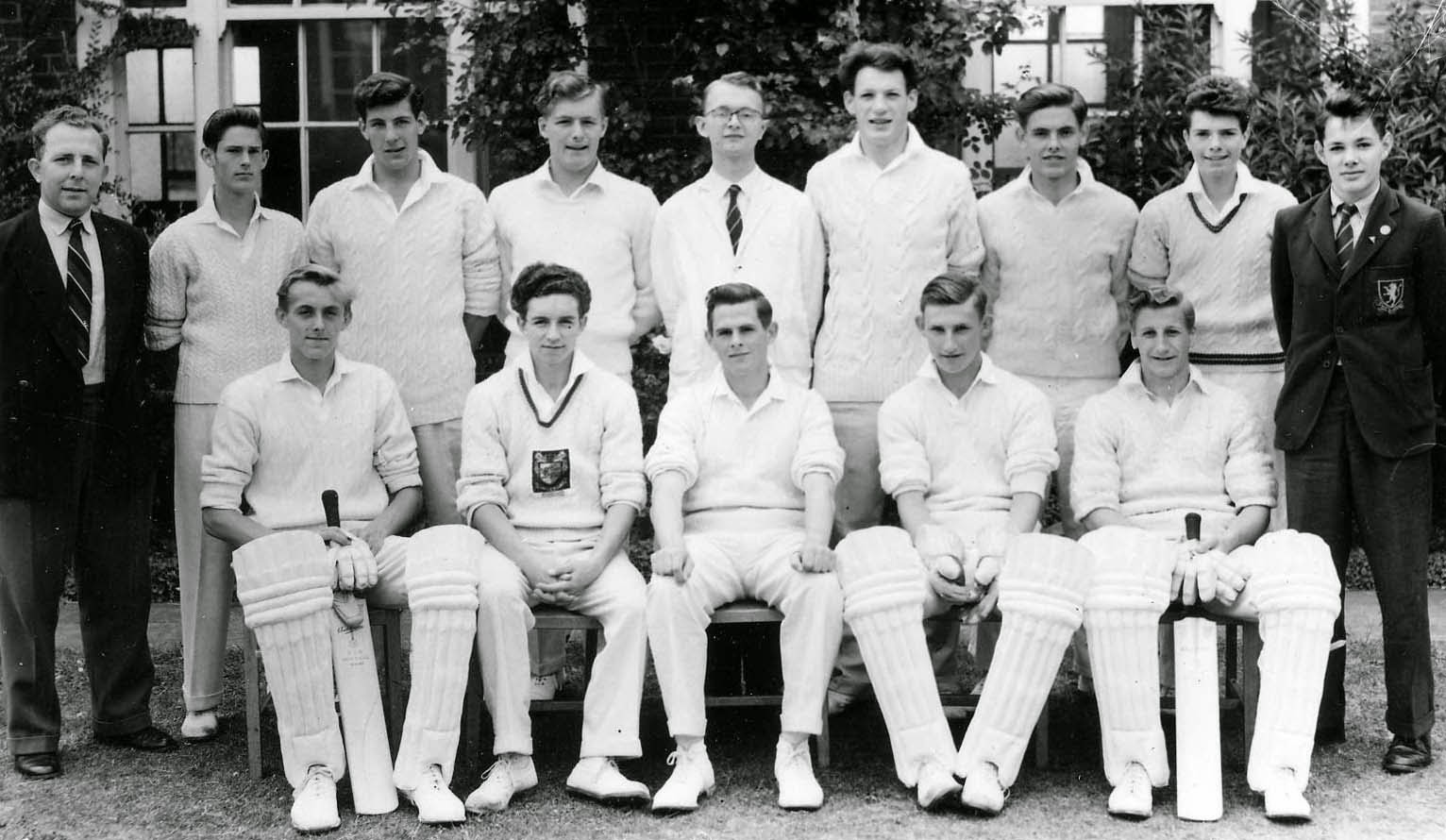