click to see full sized and you can read the names. 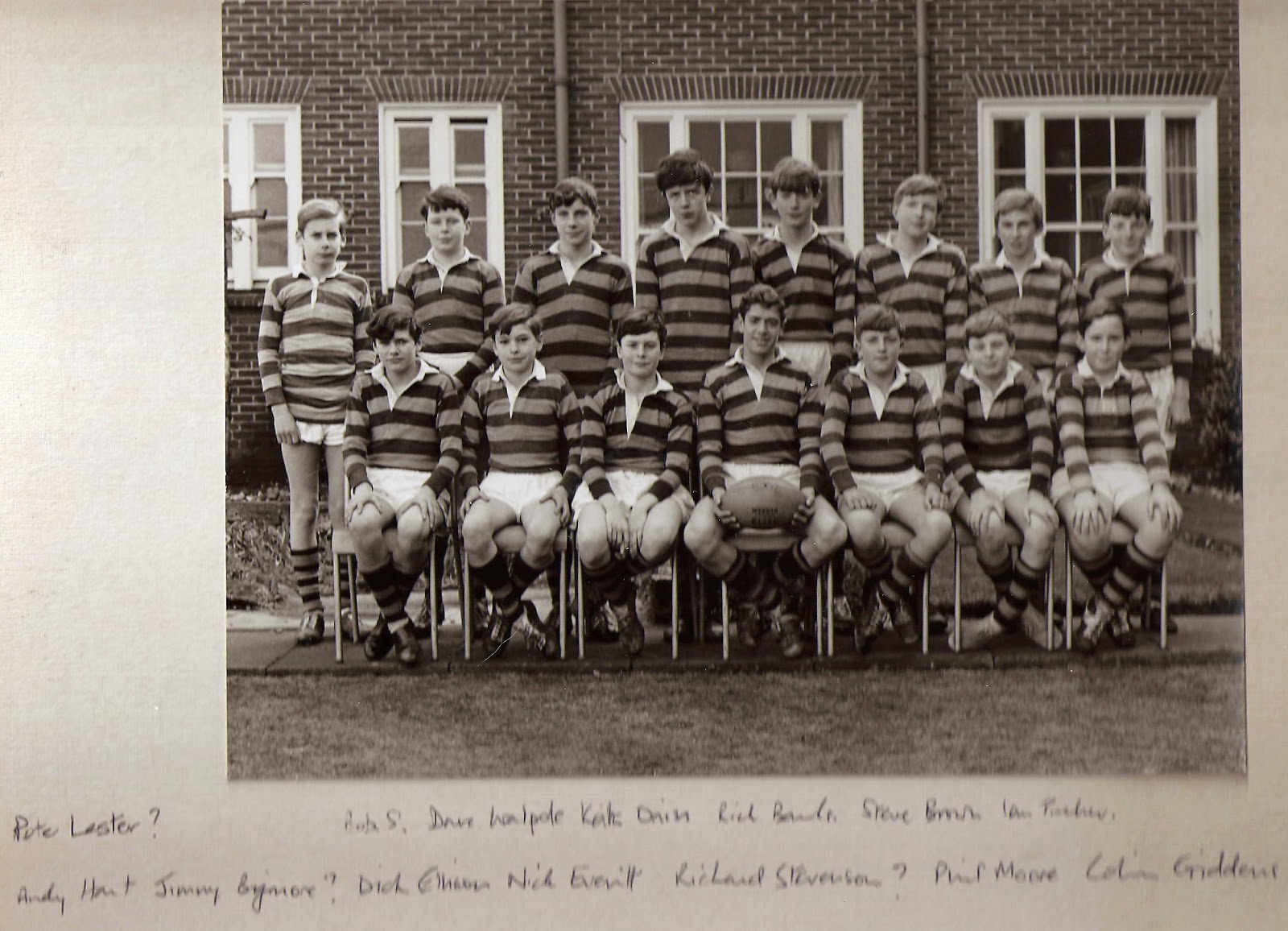 Posted by The Archive King at Thursday, February 26, 2015 No comments:

"Following on from the recent passing of two OPs - Alan Davies & Ken Spain - I am pleased to be able to advise that there was an extremely good turn out for Alan’s memorial service at the church in Crockham Hill.

You will all be aware of the recent passing of Ken Spain - as reported on this web site last month.

After his tragic skiing accident he was cremated in Switzerland soon after his passing and that - to date - no gathering in his memory has been organised.

There will be a non/religiousmemorial service held at the club house at Parsons Pightle on Sunday 22nd March 2015 to pay respects and remember an Old Purleian, a good friend and a long standing player & supporter of the rugby club. . The intention is for this to be a gathering of friends and family to celebrate his life.
Doors will be open from midday to allow for a 12.30 start."

Posted by The Archive King at Monday, February 23, 2015 No comments: 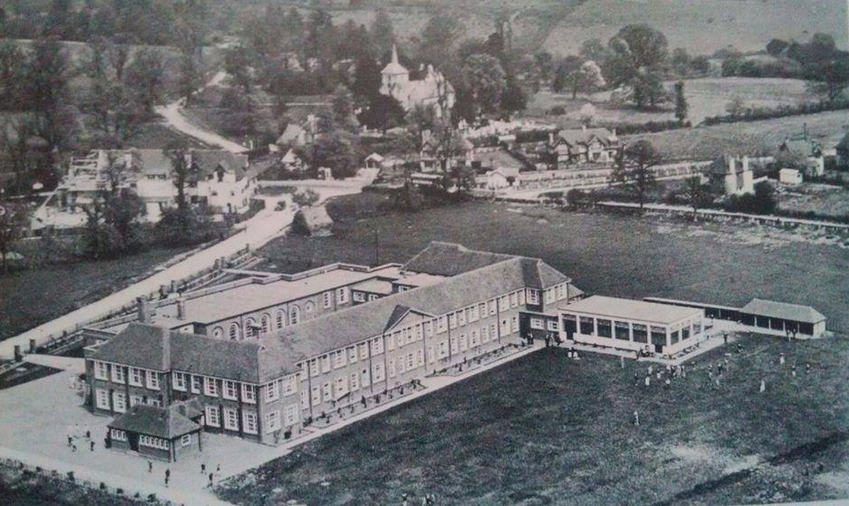 Interestingly, this is different to the other photo taken from the East side of Old Coulsdon on the same flight but from further away.

In this photo you can clearly see the boys running around - I think I can see a young Alan Girling sprinting towards the Milk Monitor.

You can see St John's church in background. The shops are still being built and there is a haystack where the Tudor Rose now stands.
Posted by The Archive King at Tuesday, February 17, 2015 2 comments:

George Nicholson in action in 1960 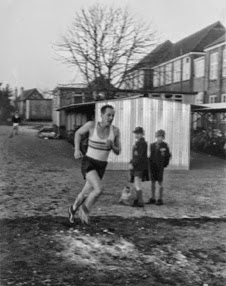 What is this man running for?

One of the rarest photos on the Web. Here we see George Nicholson in action in 1960 running past the newly constructed bike sheds. Some observers believe he was running towards the Junior Showers in time to catch the 1a ablutions in order to lecture the pubescents on Nazi perversions. Others believe he was speeding towards the Staff room having discovered the Tank Top later made famous by Frank Spencer. Any other suggestions?
Posted by The Archive King at Friday, February 13, 2015 1 comment: 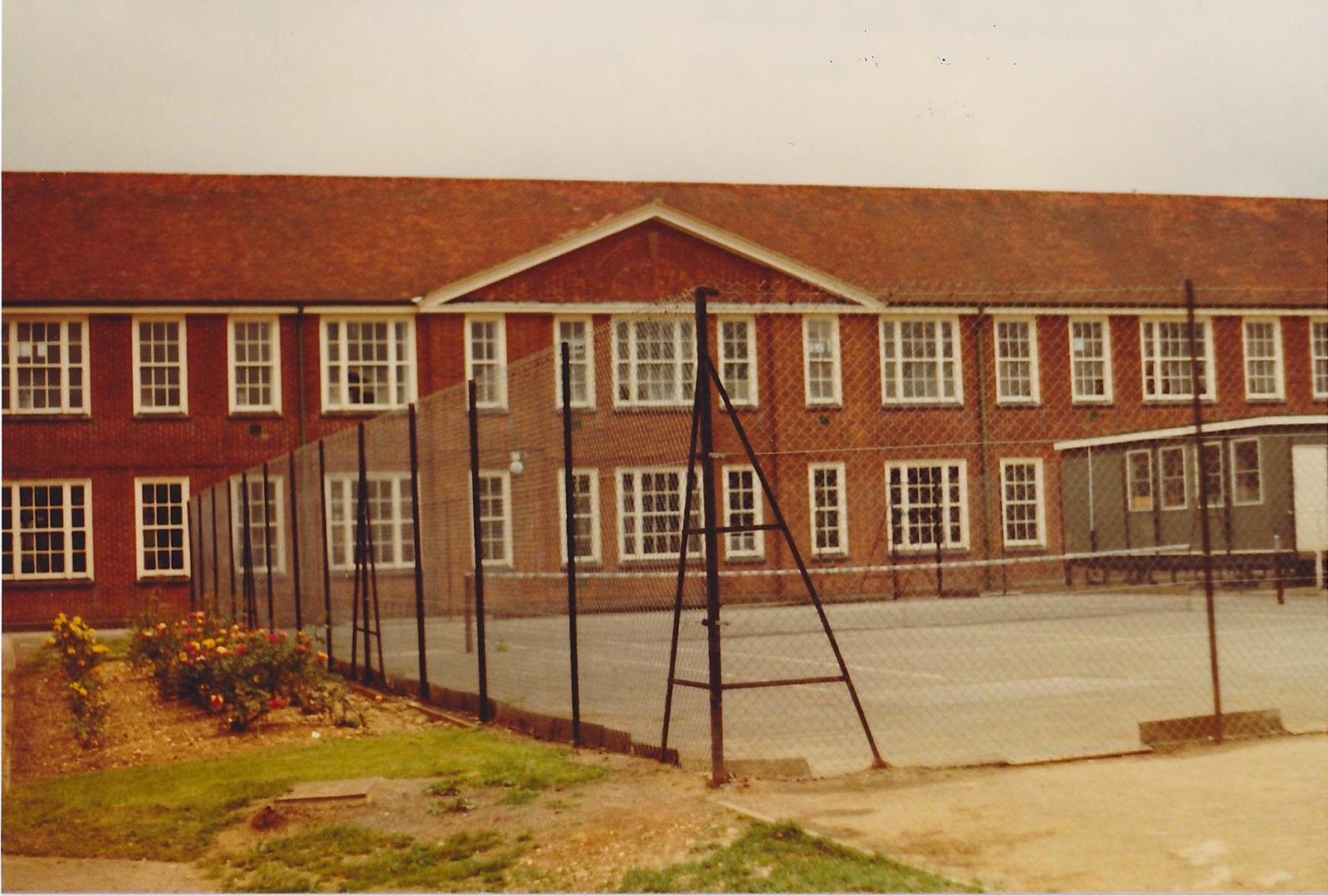 Posted by The Archive King at Thursday, February 05, 2015 No comments:

'The Happiest Days....?' by Dr Ron Cox, is about life as seen through Croydon School Log Books. A 50 year bar on disclosure so nothing on staff or pupils at Purley Boys in our time or later, but some interesting material about schools in the early 20th Century and during the War, including primary schools which would have been attended by boys before they went to Purley.

The book has been published by the Croydon Natural History and Scientific Society Ltd and copies can be obtained from Brian Lancaster at 68 Woodcote Grove Road, Coulsdon, CR5 2AD, price £5.75 (including p&p) or from local booksellers.

Ron Cox may rightly be described as the saviour of Croydon Log Books: when he turned up at Whitehorse Manor Junior School, they were roped up, ready to be loaded into the furnace.

This book is the culmination of efforts over forty years. Scarcely a school is without a mention. The absurd, the scandalous, the tragic and the bizarre events that occured in Croydon schools are recorded here. A fascinating read if you or your ancestors attended Croydon schools.

Posted by The Archive King at Monday, February 02, 2015 No comments: 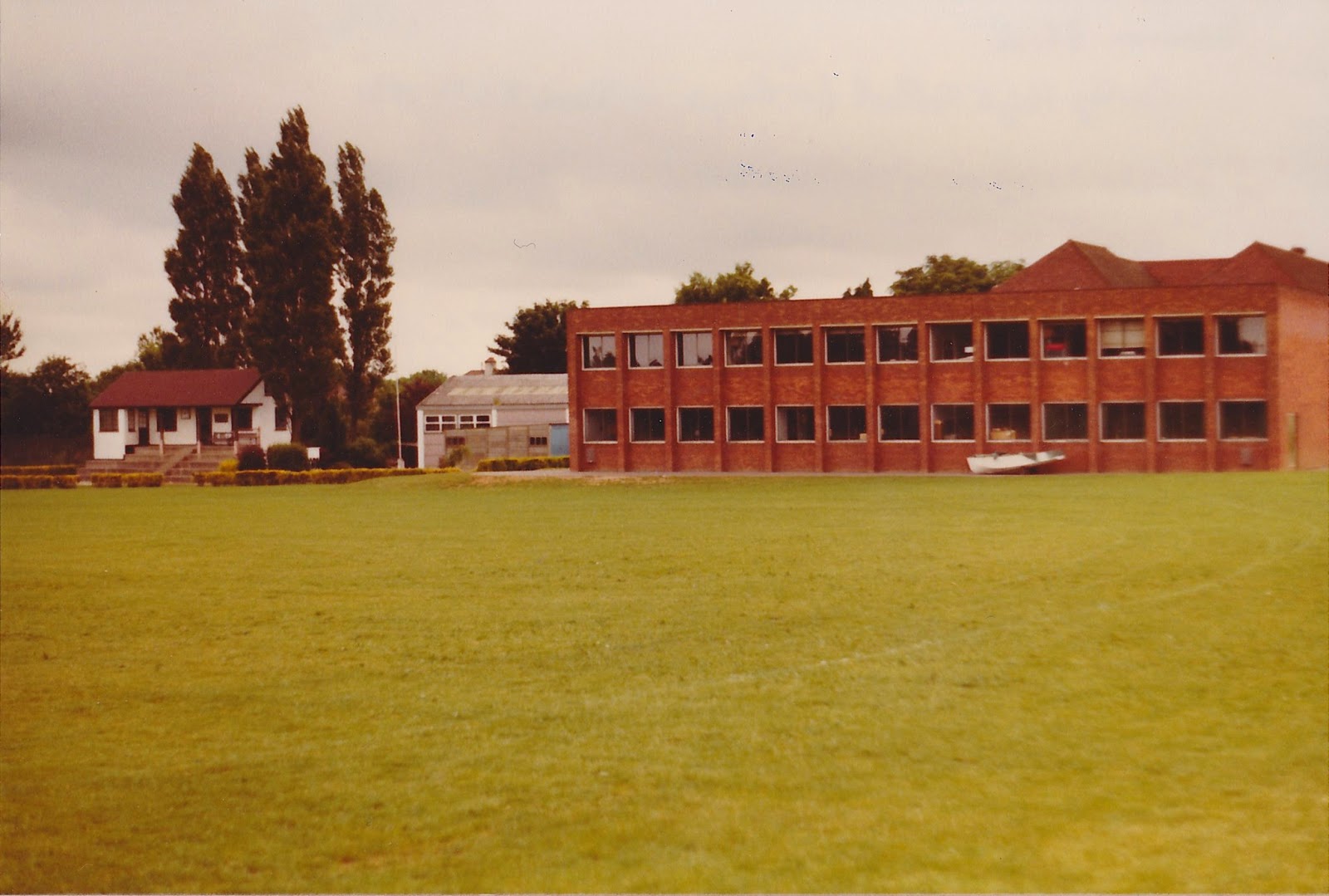 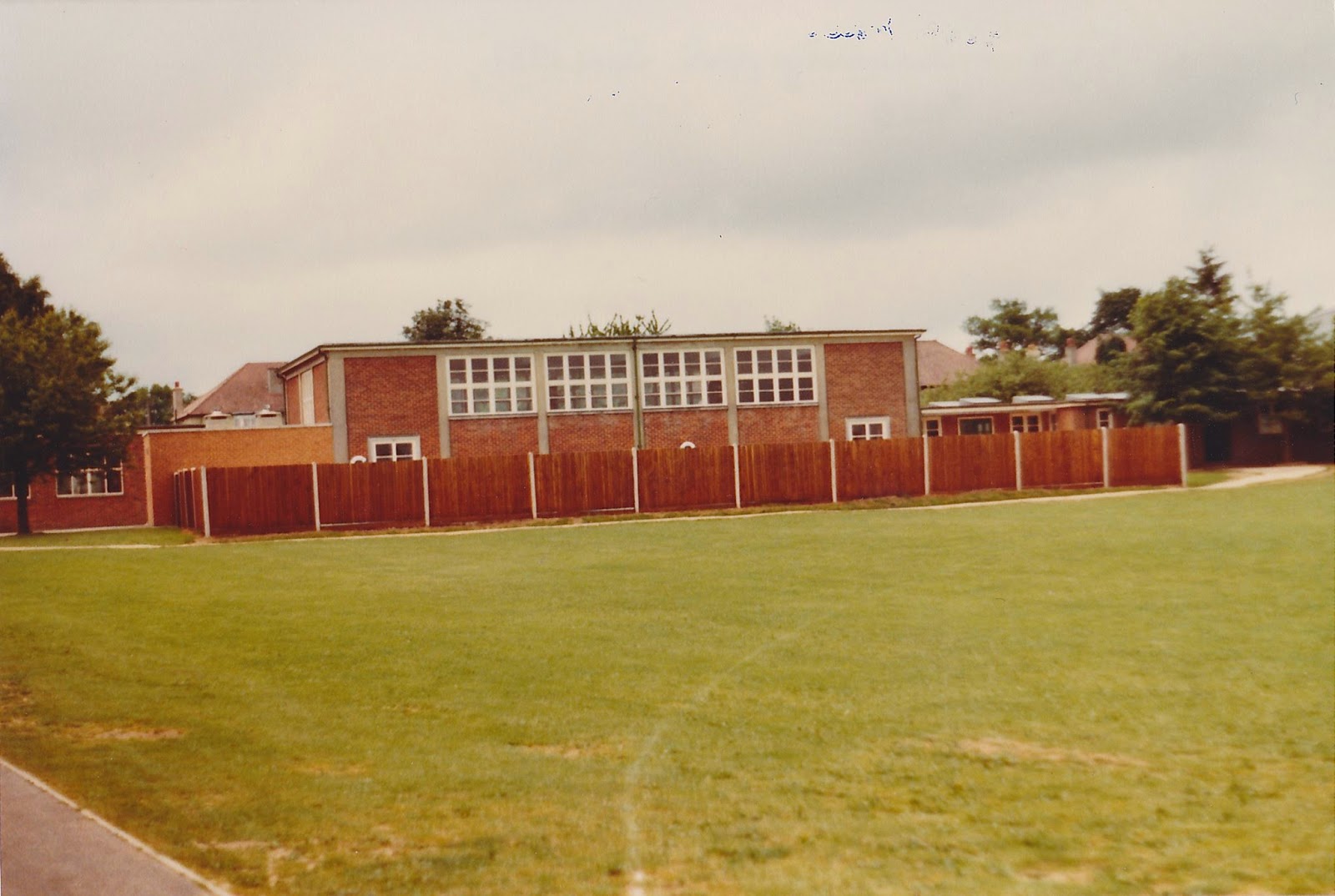 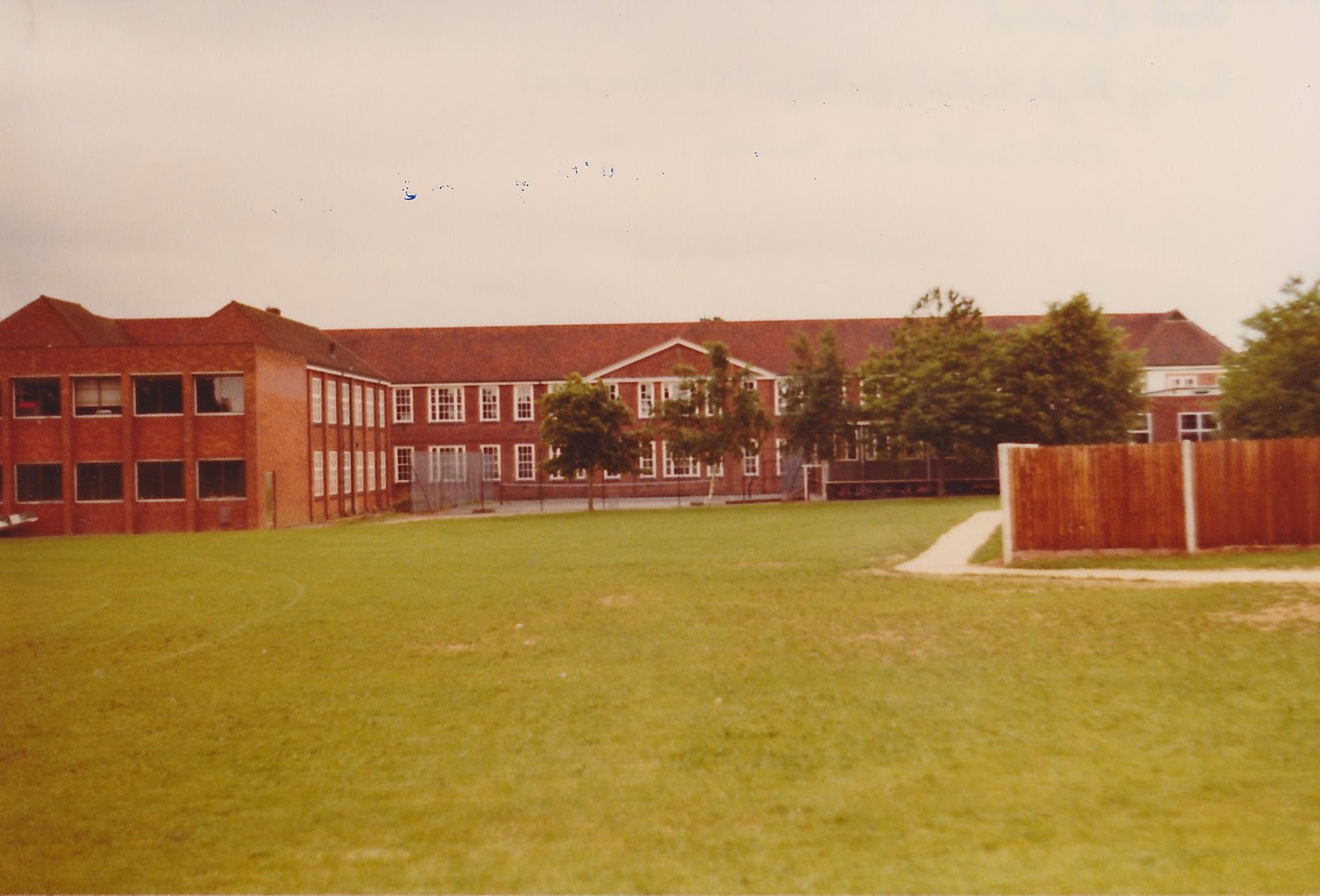 Posted by The Archive King at Sunday, February 01, 2015 No comments: