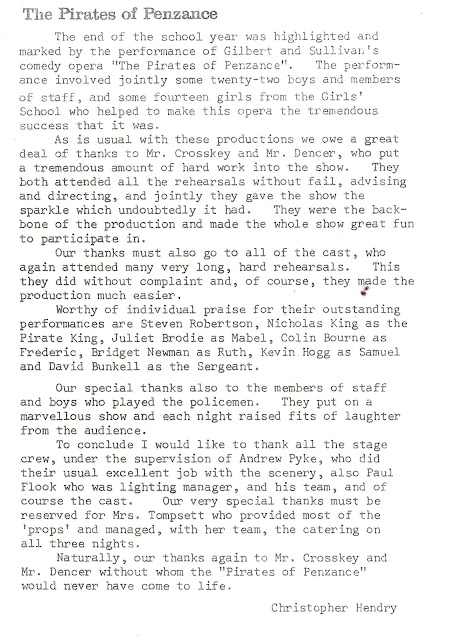 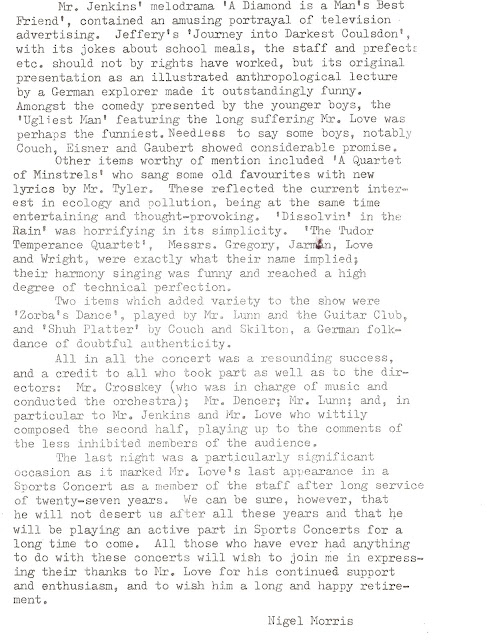 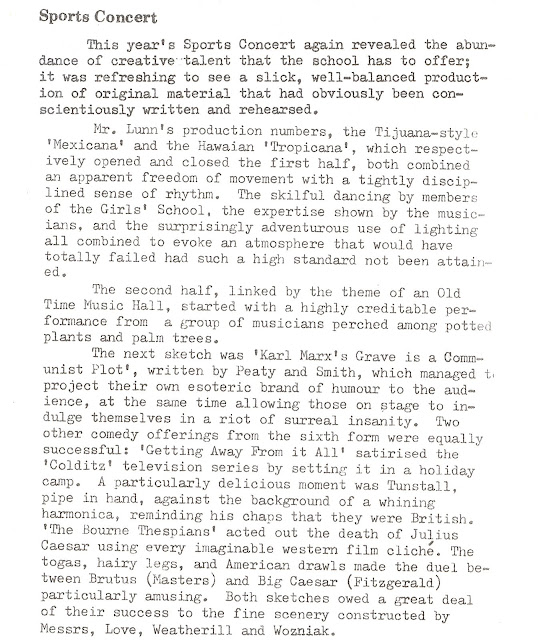 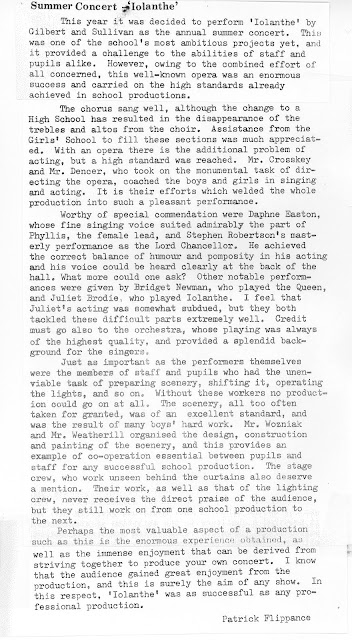 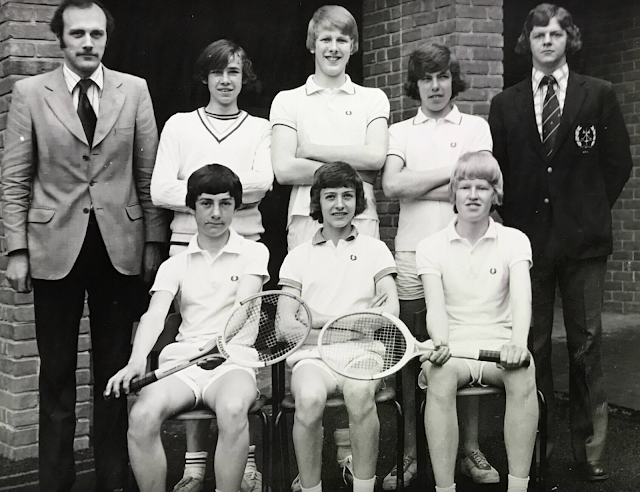 
Don Baker writes : "My Last report from December 1953 - and they wondered WHY I was more interested in a Practical career rather than an academic one

I did a lot of work with Mr Love and was his Sidekick on the construction of the "One Man Band" he built plus I was involved in the construction and erection of the Proscenium Arch over the stage and helping him create the New Honours Boards at that time. Who got the rubbing down to do ?! . 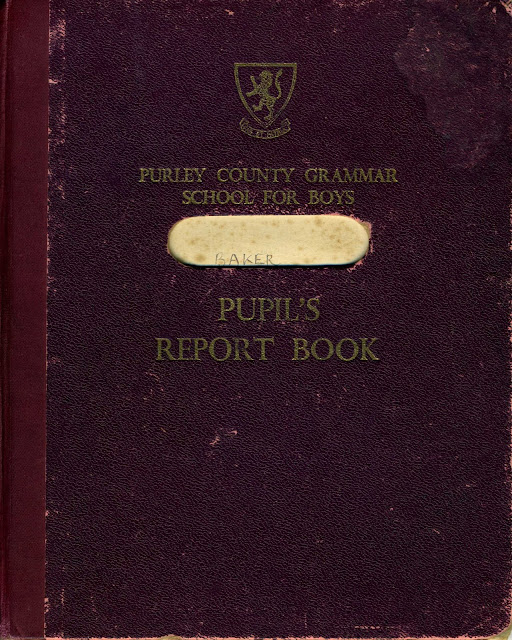 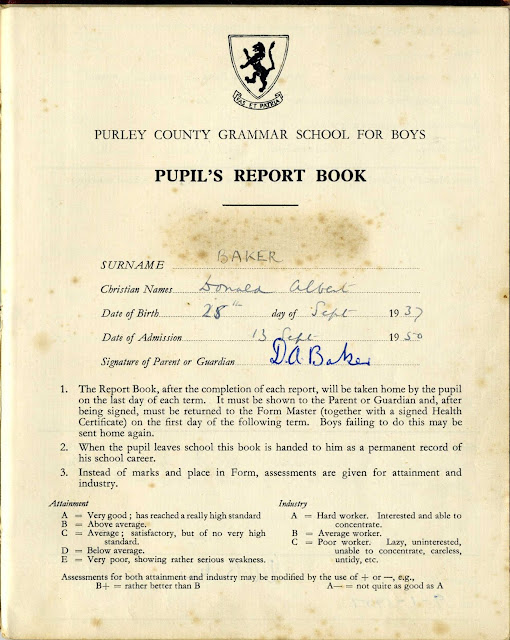 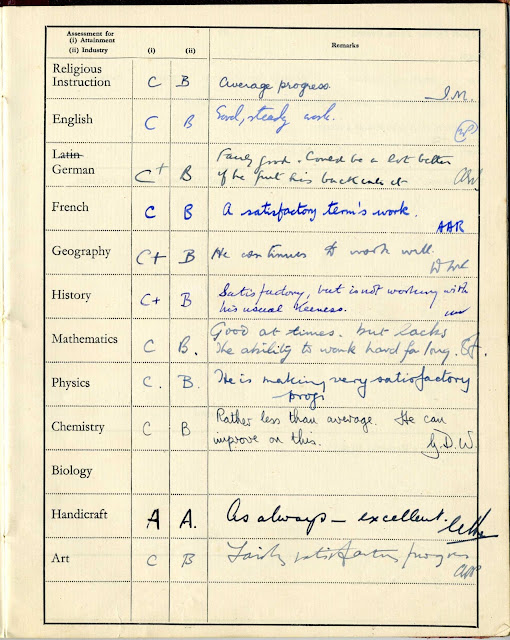 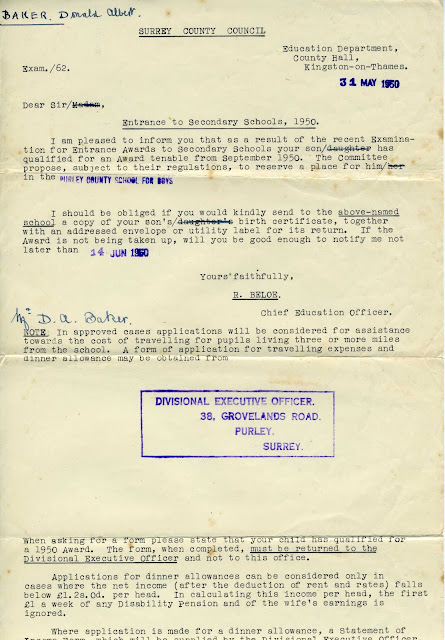 'I wonder how many Old Boys still have this document ---- and here is a Pic of me  , as a Royal Navy Apprentice Artificer,  6 months after finishing at Purley County" 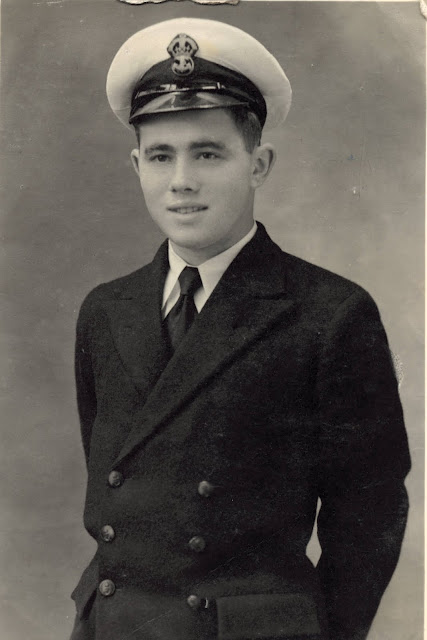 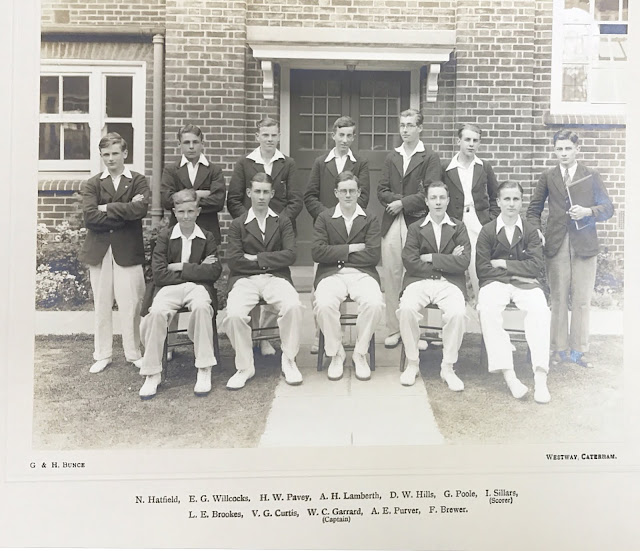 I think a fair bet that no one is still alive from this cricket team - unless you know better..comments box below.

Posted by The Archive King at Wednesday, July 12, 2017 No comments: 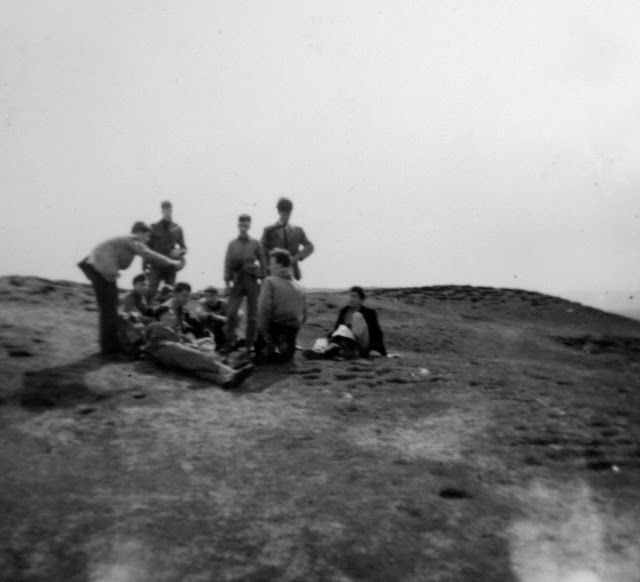 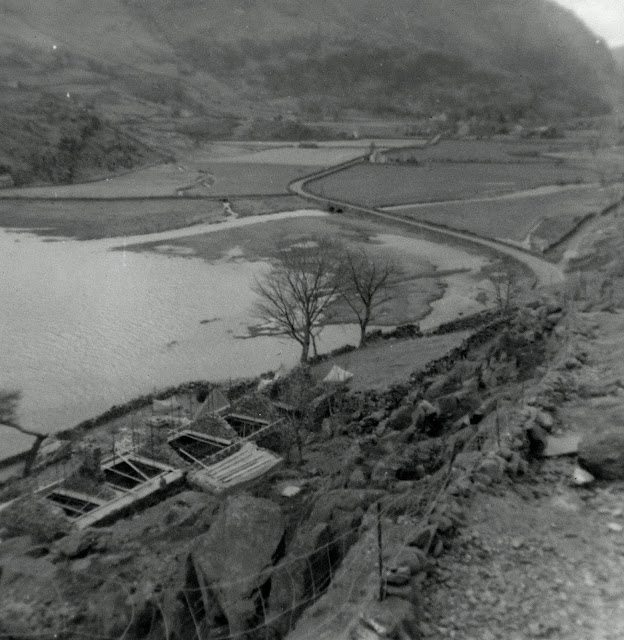 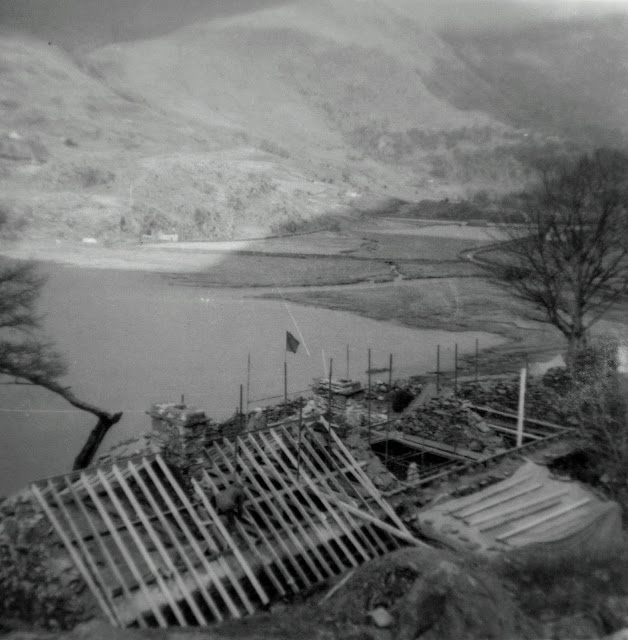 John Hanson comments on the Whyteleafe CC film ( below )

"Dave Halfyard played against the School v. Old Boys in 1951. Taffy Williams was the OB's wicket keeper and he was about 30 yards behind the wicket!! I faced him and he was the fastest bowler I faced until 1955 when, on tour and playing against Worcester Club and Ground at New Road, I was treated to Johnny Whitehead (former Yorkshire opening bowler) and Derek Pearson (up and coming Worcs. opener).  They both terrified me and as I was batting with Taffy, and we only needed a few to win,  I ran down the wicket to Whitehead (rare for me!!) and hit him over his head.  The ball hit the boundary fence on the half-volley and I can proudly claim to have hit the winning run!  The Club and Ground were extremely angry as it was their first defeat of the season.  They only had 10 professionals playing!! plus an amateur Capt. Bailey.
There used to be at School an annual award - the "Social Service" prize;  This was always won by Halfyard and Lofthouse (they cleaned up after lunch in the hall)
I don't know if, when scouring through Halfyard's cricketing history, you discovered that for some time the Beddington opening bowlers were Halfyard  and a certain Peter Loader!      "

The above in reply to the comments below :

Martin Jones said...
This from my Purley classmate Philip Odell who was involved for many years with Whyteleafe Cricket Club where this clip was filmed:

"Thanks for drawing this to my attention.

I actually saw the film "Reach for the Sky" before we moved to Whyteleafe (at Hounslow Odeon I think) so that was actually my first sight of the ground at Whyteleafe I spent so much time on, and without of course realising it would become part of my life growing up.

The ground was noted more for its attractive setting, something the film shows to good advantage. The railway at the far end added a rustic feel with its rattling diesel trains and, up until the early sixties, steam hauled stock. The UTube video wrongly refers to Warlingham CC, whose ground was/is a couple of miles away. Maybe somebody was confused by nearby Upper Warlingham Station? I also think the area came under Caterham and Warlingham UDC at that time.

Surrey staged a couple of benefit games against Whyteleafe at the ground in 1938 and 1939. One was for their then wicket keeper, Brooks, not sure whose benefit the other was for. I believe Whyteleafe were allowed to use 17 or 18 batsmen in those games, but failed to avoid defeat.

Besides myself, other Old Purleians who played for Whyteleafe during my time there were Brian Aish, a handy all rounder and good fielder, and Steve Wooding, a slow left arm bowler who bamboozled many batsmen with his prodigious turn. Steve was at Purley CGS during WW2 and was in the same class as David Halfyard who later became a professional cricketer with Kent and subsequently became a first class umpire.

After the OP's Sunday wandering side, Selsdon Nomads, folded in the early seventies, Bob Jones and, to a lesser extent, Alan (Fred) Bridges, also turned out for Whyteleafe. I'd imagine there are some other FAP readers who can recall "Selsdon Nomads".


Back to Martin Jones - I remember playing for St Andrew's against Whyteleafe on a couple of occasions in the 1970s, and on one occasion OP John Hall got Bob Jones out for a duck which did not please the great man. I also refereed football matches there on several occasions. A charming setting and one which would have been a natural choice for a film such as 'Reach for the Sky', although I am sure that its proximity to RAF Kenley was pure coincidence!
19 June 2017 at 21:37

The Archive King said...
John Hanson writes - "I was also in the same class as Steve Wooding, as was George McAlpine plus about 4 or5 others all aged about 13! Thus they were older than most of the form but because of the chaos of War ( quite a lot of PGS boys were evacuated so numbers were short!). Instead of passing their 11plus they took a "13 plus" and gained places in the 3rd forms. What was interesting was that all of them were quite "brainy" and did very well at all exams in spite of having been in Secondary schools for 2 years!
PS. Steve Wooding never played for any of the School cricket sides - neither did Dave Halfyard!"
22 June 2017 at 11:25

"Dave Halfyard probably deserves further mention. If you look up his entry on Wikipedia or Cricinfo, you'll see that he is believed to be the only cricketer to have retired, become an umpire, then returned to playing the first class game. (In his case with Notts, something I had forgotten about.) Still later, he also played Minor County cricket, and I'm sure he once took all ten wickets in an innings for Cornwall. I saw him once playing in a charity match* in the early sixties, I presume it was soon after his road accident since he clearly had difficulty running, although it did not stop him bowling that day. His was certainly one of the more bizarre careers in professional cricket.

Steve Wooding once told me that Dave Halfyard was the worst behaved boy at the school and frequently in trouble, which may be a reason he never played for the school.
2 July 2017 at 21:24