It is with sad (but not too unexpected) news that I have to report that Derek Akers passed away Tuesday morning.
His son thought that Derek was just hanging on long enough to give Pat a good send off.
Derek's prediction of his funeral at Battle within a week of Pat's service was only too accurate.
As soon as I have any further details I'll post them. 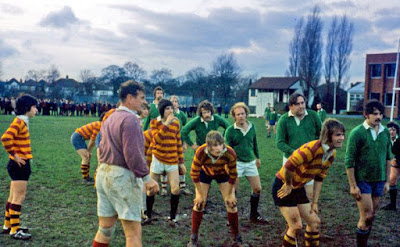 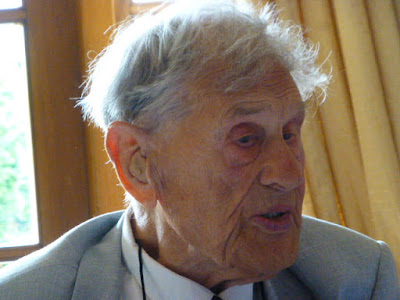 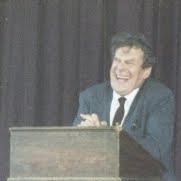 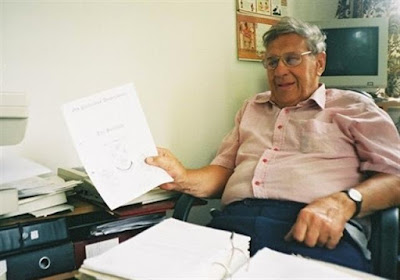 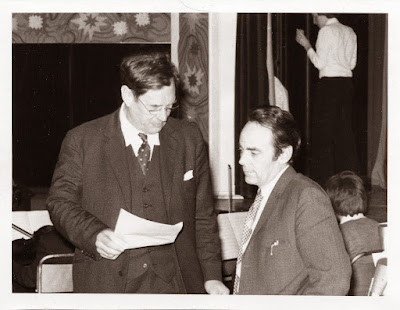 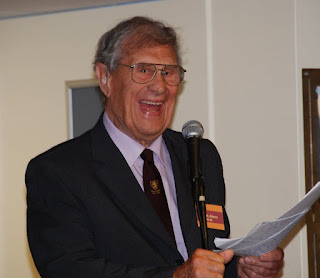 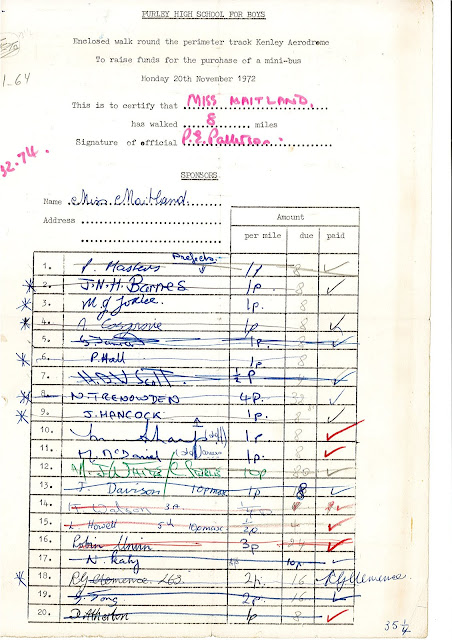 Posted by The Archive King at Tuesday, August 29, 2017 No comments:

The end of an era draws near.

The end of an era draws near.
A full church celebrated the life of Pat Akers, the wife of Derek Akers, who died recently.
Derek is now in his 90's and attended in a wheelchair. He gave a eulogy to his lifetime partner at which he eluded to his own frailty, suggesting that we would all be back at the same church for his own funeral.
A number of staff and ex pupils were in attendance. 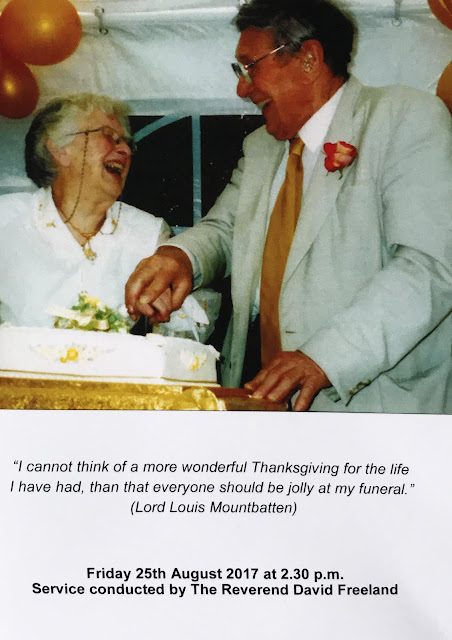 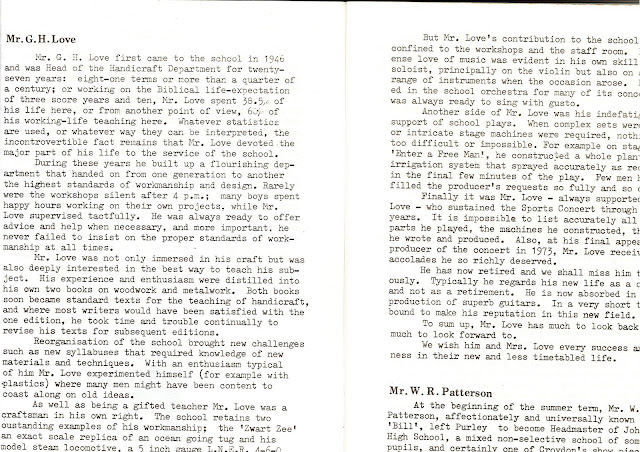 1968 U14 Rugby team - Anyone know what happened to Ian Drewery or Tony Atwood ?

Anyone know what happened to Ian Drewery or Tony Atwood ? 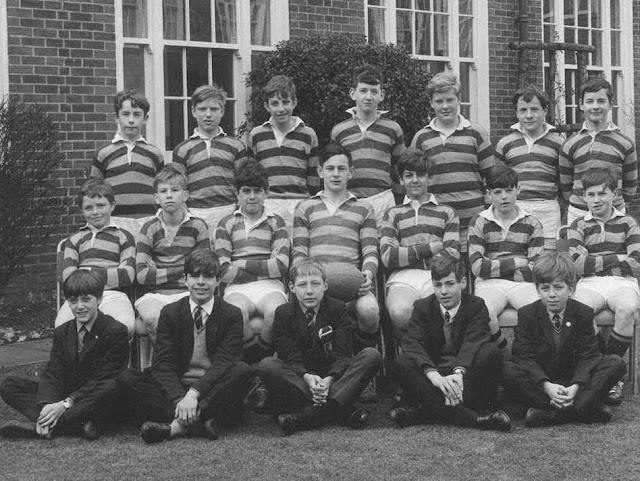 Posted by The Archive King at Saturday, August 19, 2017 No comments:

Pat supported Derek thoughout his careers and was seen below very recently enjoying life a long way into retirement.

Mail me via the comments box below if you want more details. 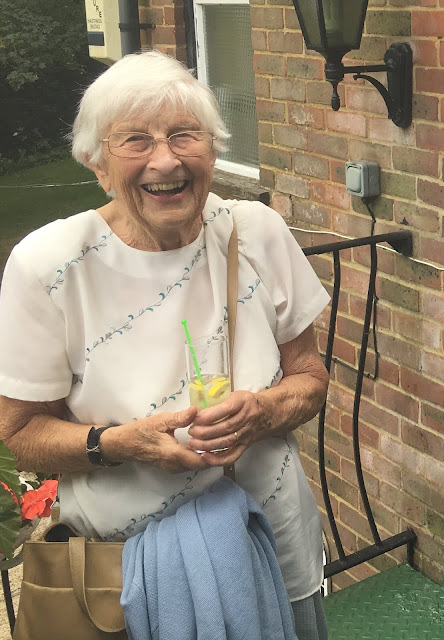 Posted by The Archive King at Thursday, August 17, 2017 No comments:

Richard Francis writes of his memories of School trips

"The extraordinary commitment by the staff to "adventurous activities" was exemplified by the number of Summer holiday trips they organised over the years. Perhaps the most memorable for me was the one we did to Morocco. Just a few tasters:-
The coach was provided by Oliver Taylor of Caterham and was driven by the son of the company head plus a helper.
We drove down through France and Spain, enjoying the outstanding - well, perhaps "upstanding" is a better word - loos that were then ubiquitous.
The ferry from Gibraltar was an ordinary ship, not a drive-on/drive-off type, so the coach had to be craned on board.
When near the Atlas mountains, lots were drawn to identify those to climb the Atlas! Yes. There was a guide. No. There were no boots, or any kind of mountain climbing kit. Health and Safety? I was not drawn to go but those who did had an interesting time of it including sleeping one night in a hut.
Returning through North Africa we drove through a sandstorm - no air conditioning, of course. The outcome of this made itself known when the coach started to play up to the extent that we were likely to miss the ferry to England. We drove through one night and the following day things were so bad we were overtaken by a cyclist - going uphill! All was revealed at Poitiers (the Leyland diesel agent) when it was found that the air filters were clogged with sand.

We were informed that this was the furthest any coach from England had ever driven at that time - and this with a bunch of school kids and some very intrepid teachers.
One additional memory comes to mind and that is that our drivers lost their way in the backwaters of a Moroccan market place while driving the coach. It was a rare enough sight in those days in those places so it drew a lot of attention. It drew even more when, confronted with one of those situations when you are committed and cannot back out of it (at least, not in a Bedford coach!) the guys had to go forward. This meant we were driving down a very narrow part of the souk with stalls on either side, many of which had skeins of wool drying after being dyed, which were hanging from their frontages. Not for long! The coach carried a lot of them away, even going incredibly slowly and encouraging the stallholders to move the wool. Thus a multi-coloured coach followed out of the souk by multi-coloured language! How to win friends, etc..

Posted by The Archive King at Saturday, August 12, 2017 No comments: 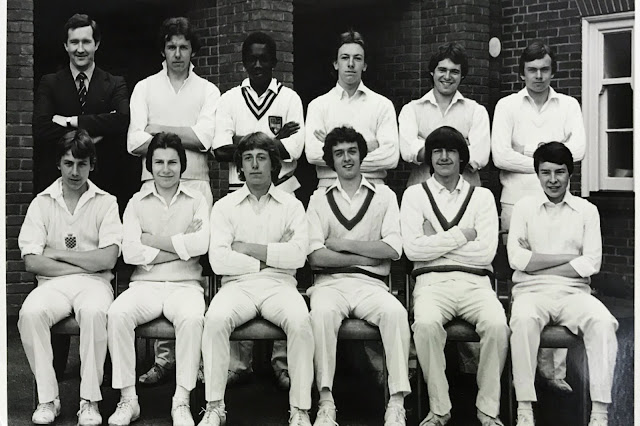 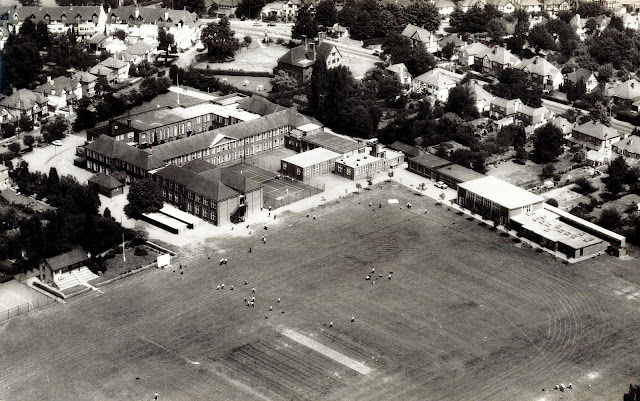 I know it's been published before but it sums up the Summer term at Purley in that era.
Posted by The Archive King at Wednesday, August 02, 2017 No comments: 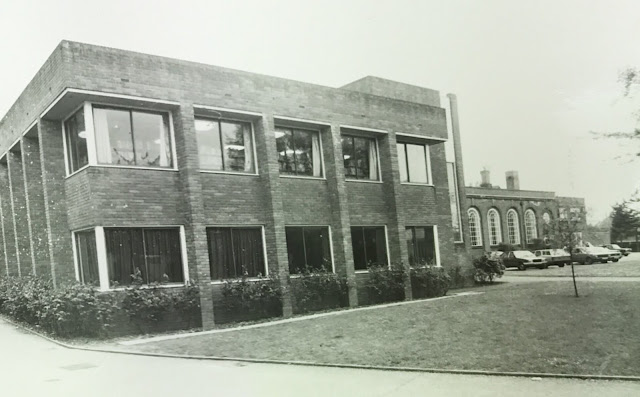 Nick Winterton Seem to remember subsidence issues-fractured off from the main building-big cracks in the walls...in this day and age would prolly be sealed off pending H & S assessment

Mike de Jong  Uptairs was library and some 6th form classrooms. Downstairs 6th form common room, some offices, entrance hall and DoGS torture room... from what I remember from 36 year ago…

Paul Masters Ah, well, that extension was not built using the deep expertise that was deployed on the gym (or was it ... my memory of exactly where we ferried 25 kg bags of cement and swept up is a little hazy!)

Tony Rogers  Top floor was my class. I'm sure head masters Office was below our class, I remember Rob French jumped out the window