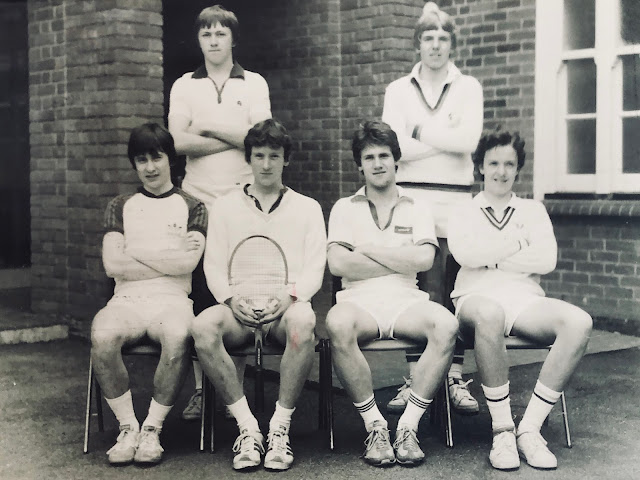 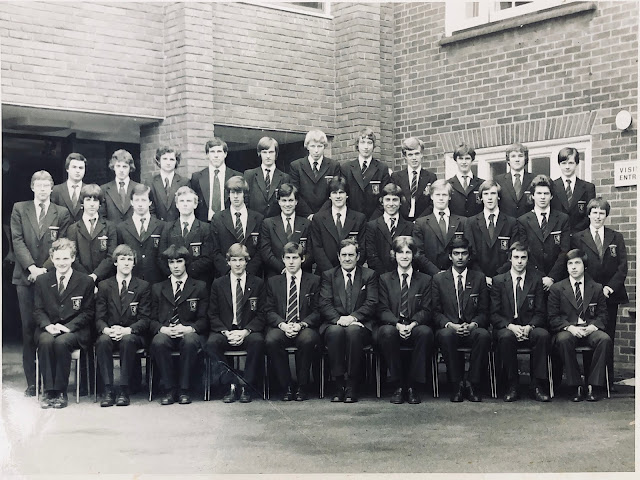 Barry Killick Definitely the school year was1980/81 - my last year in the upper sixth. Recognise every single face but the names all escape me, except one. The blond lad fourth from right, middle row (shoulders back!) is Robin Merrit.

Paul Harrington I think the prefect in the middle on the extreme lefts name is Cole. He pulled up on his motor bike and booked me for eating a jam doughnut whilst wearing PB school uniform in public. I was about 4 miles away from the school and nearly made it home! I had to report to the prefects office next morning and was given the punishment of writing a small essay entitled " The Importance of Discilpline in School".

Thanks to Paul Hobday for trawling his archives for this. Has anyone got any photos or memories of the event ? 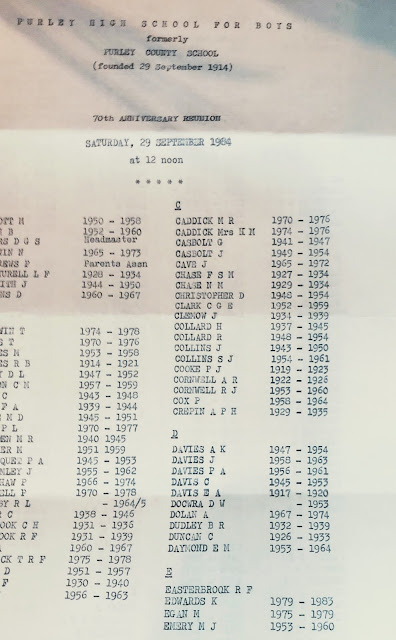 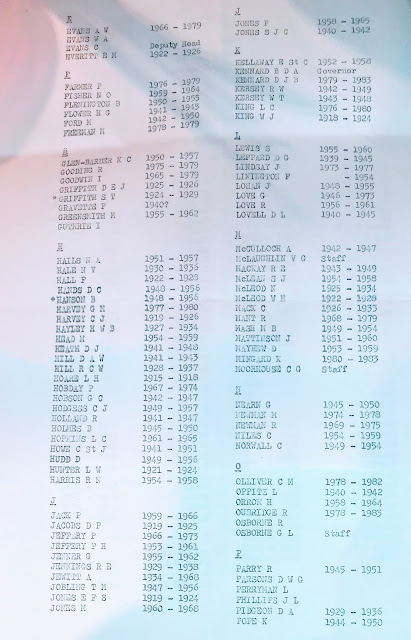 Posted by The Archive King at Friday, November 24, 2017 No comments: 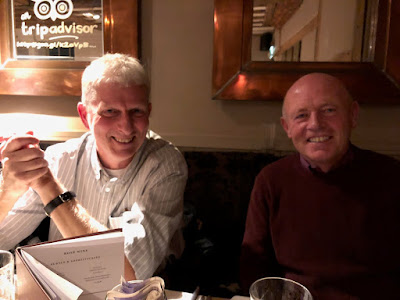 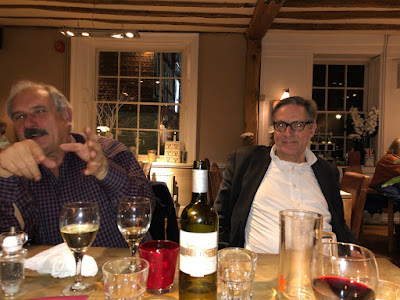 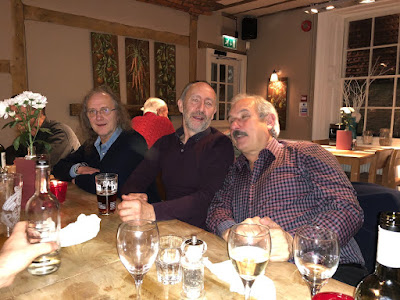 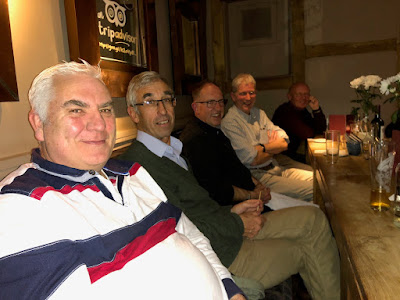 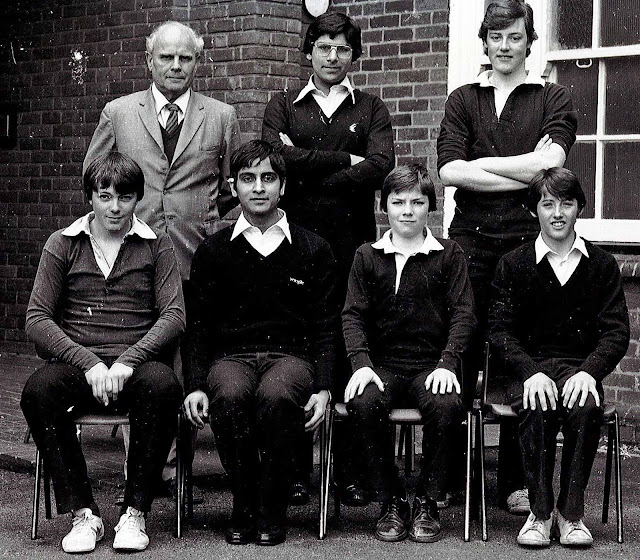 A  splendid photo of the legendary Jack Godwin. Published on here before.


Jack was the King of the Physics labs and always keen to tell his students the abilities of the Churchill Tank compared to the Sherman and the Panzers. Sadly, Jack died in a freak driving accident at the age of 87.

The local paper recorded this:

An 87-year-old man died from massive internal injuries after his car was crushed between two lorries, an inquest heard.

Jack Godwin, a retired schoolteacher from Leintwardine, was seriously injured when he attempted to turn right onto the A49 out of the junction with A4113 to Knighton.
An oncoming tanker travelling north ploughed into Mr Godwin's Volkswagen Polo and pushed it into another lorry which was waiting to turn right on to the Knighton road.
The incident happened on October 21 last year.
Pathologist Dr Huyam Abdelsalam told the inquest at Ludlow Magistrates Court yesterday she believed Mr Godwin died from multiple injuries caused by the crash. These included several rib fractures and damage to his liver causing internal bleeding.
Mr Godwin was cut free from his car by firefighters before being airlifted to a hospital in Birmingham. He later died.
The stationary lorry was pushed backwards into the car behind it. Its woman driver was not hurt.
Giving evidence at the inquest, witnesses said the tanker driver Ian Kiely could have done nothing to avoid the collision.
Mr Kiely said Mr Godwin had not looked in his direction before pulling out. The inquest heard Mr Kiely slammed on the brakes as soon as he realised Mr Godwin was attempting to turn right.
Coroner Anthony Sibcy recorded a verdict stating Mr Godwin died as the result of an accident.
Read more at https://www.shropshirestar.com/news/2009/06/02/verdict-on-crash-driver-87/#Cw5beQ9pxywMq8Uq.99
Posted by The Archive King at Wednesday, November 15, 2017 No comments: 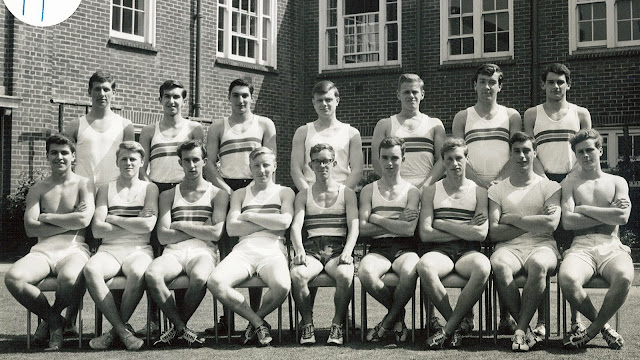 A good scan - click the photo to see it full size.

I can recognise John Hall 3rd from right front row. Anyone else got some names? Please leave in the comments box below.