Prefects Book 1966 - and 100 lines salvaged from the Prefects Room by Martin Jones or accomplice.... 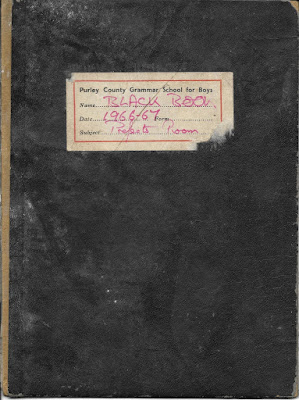 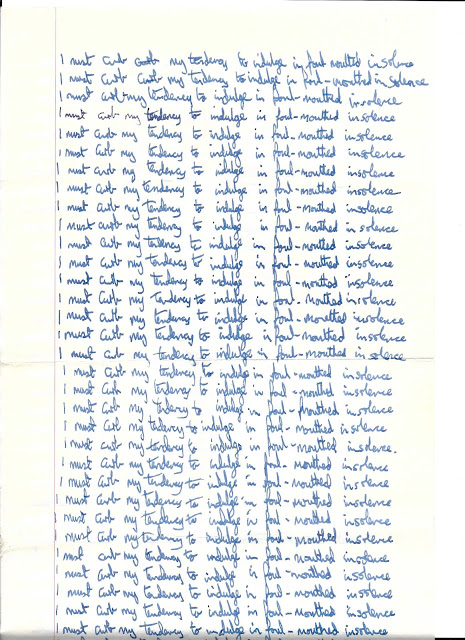 Posted by The Archive King at Saturday, February 24, 2018 No comments: 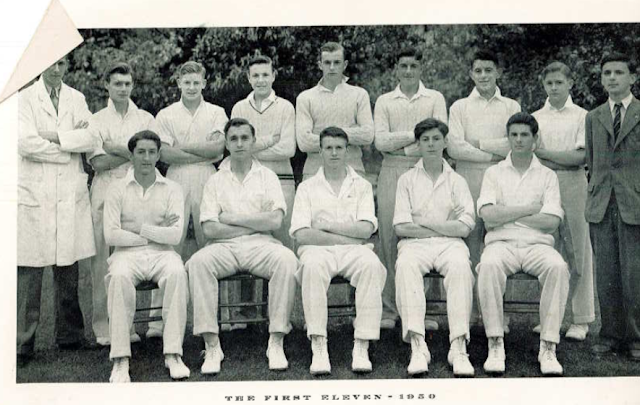 John Hanson - seen in the back row - has kindly sent through the names in the photo. He apologises for the fact he cannot recall the Umprie's Christian name 68 years later! 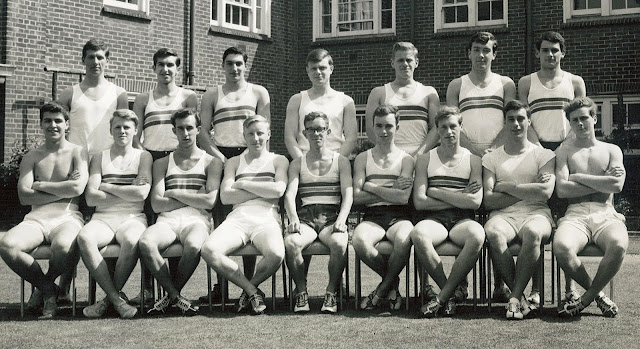 A poor quality photo here so not easy to make out faces. Dave Shepherd is sitting as Head Boy which dates it as 1964. Peter Budge stands behind him.

Other names please ( Martin Jones - that's you ).
Posted by The Archive King at Wednesday, February 07, 2018 4 comments:

Some Winter reading - The Bourne from 1952

John Hanson has sent in some wonderful archives from his days at PGS - here is the Bourne in it's entirety. Due to technical "challenges" the pages are not in the correct order.

Geoffrey Todd comments "Thanks for the recent posting of The Bourne from 1952.

It certainly brought back some memories and includes mention on page 10 of the Railway Club visit to RHDLR that year and links neatly with the photo I sent to you in December 2017.   Michael Haylock was one of the pupils attending.  He's in the back row 3rd from left - cap askew as ever next to Mr. Carey.
Another memory stirred was queuing for rock cakes at milk break.   The funds the cakes raised was put towards the War Memorial pavilion which Dr. Birchall is reported opening on page 2.   Believe the dinner ladies cooked the cakes daily in the school kitchen.
Regards,
Geoff

Alan Girling has added some more information to his photo. 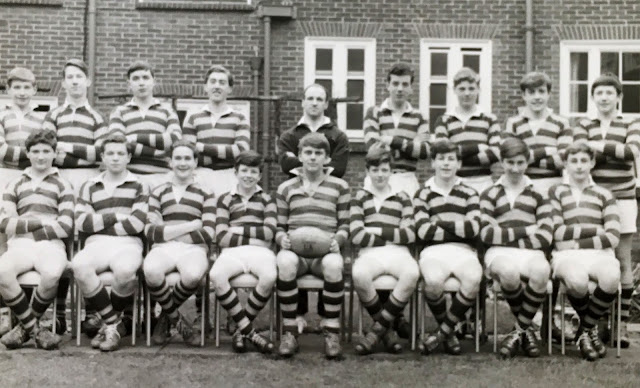 "I think we have 'done' this photo before but I can supply all the names except one, whose name escapes me entirely.  I think that's because he wasn't at the school with us from the 1st form but I might be wrong.  This looks like the Colts XV which would have made it the 1963-4 season.  This was my last rugby season as the date coincided with the building of the new gym with strange-looking backboards and rings mounted at either end, and marked the beginning of my basketball career for which our first coach was Derek Jones, also the teacher pictured in the photo.  I remember him telling us early on that this was a non-contact sport!  I still have several scars and mis-shapen joints to testify to the accuracy of that statement.

Mick Giradot was a regular for Surrey Colts where he played at centre or on the wing.  Bill Mathie and Roger Massey went on to be head boys in 66-7 and 67-8 respectively.  Our font row was messrs Harper, van der Mey and Peraux, flankers were Kennett , Windley and Taylor, the other 3 were Pickerill, Catley and Massey.  Haynes and unknown were scrum halves (although I did have to step in once due to illness, a game I remember well as the elastic went in my shorts and I had to try to feed the scrum either one- handed or with my shorts round my knees and heading south), Potashnick was fly half, Giradot and Wakeman centres and Rob Lane and me on the wings, although I did fill in quite a bit in the centre too, and Mathie at full back.  I think we had a reasonable record but couldn't quote figures.

To be honest, rugby wasn't really my forte, and I was glad when I was able to apply more subtle skills (ahem!) on the smaller court!