William Bellchamber writes - a voice from the past. Purley Boy 1965-71

Sorry that I've not been in contact with you for an awfully long time now. As you can see from the copy of the letter I've sent today to the Daily Mail, I've move up here to the Shetland Islands.


In the letter you'll see that I say that I'm probably the only PGS pupil who was bitten by a snake! And I also mention "Cringe". More about that some other time,but for the moment I thought I'd mention his war service. Cringe was a Navigator and I gather that his aircraft was shot down on his very first mission. His war service record should now be available via the Internet. And not just his but many other Masters.

Arthur Jewett was in Intelligence, where if I mind right, his knowledge of German would have been of use.

The only record that would probably be missing is that of Stachak. He was in the Polish Army at the beginning of the War and made no secret of the fact that he'd shot a man for cowardice. This is one reason Stachak feared returning to Poland. When he did, I gather that he died of a heart attack at the airport.
Posted by The Archive King at Thursday, November 29, 2018 No comments: 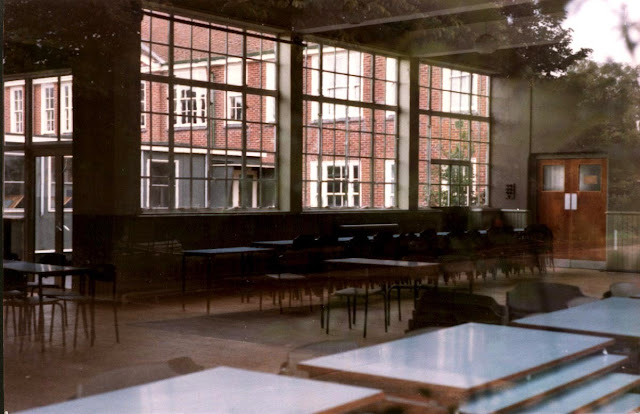 This was originally published on the 1970 Fas et Patria website which still exists. However, over the coming years this will be retired and the archives are going to be gradually moved to this website. Apologies if you have seen it before.
Posted by The Archive King at Sunday, November 25, 2018 No comments:

This was originally published on the 1970 Fas et Patria website which still exists. However, over the coming years this will be retired and the archives are going to be gradually moved to this website. Apologies if you have seen it before. 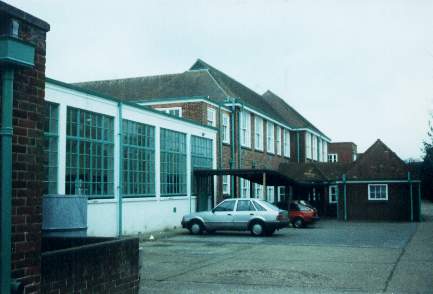 Posted by The Archive King at Tuesday, November 20, 2018 No comments: 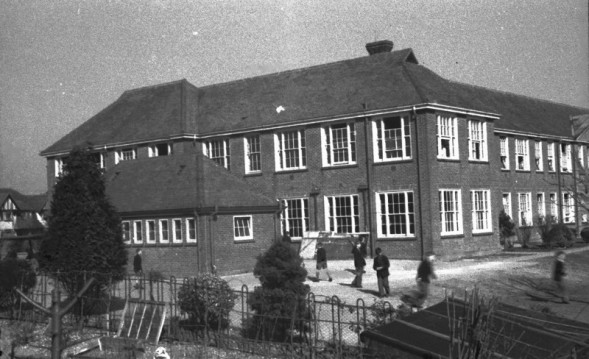 Posted by The Archive King at Monday, November 12, 2018 No comments: 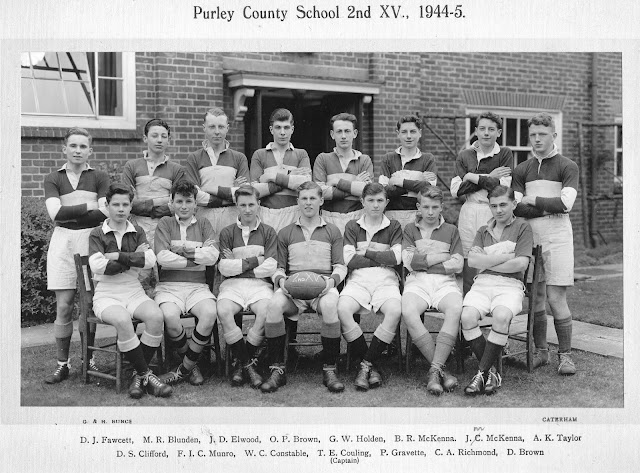 Posted by The Archive King at Wednesday, November 07, 2018 No comments:

PARENTS’ ASSOCIATION from the Bourne 1967-8


An appeal by the editor, plus a bit of judicious arm-twisting, has at last persuaded us that some
contribution to the Bourne is required from the Parents’ Association.
The pressure applied by both staff and pupils has satisfied us that we are now fully-fledged members of the school ‘family’. This but confirms the feeling we had before, during, and at the Summer Fete; that this year the event was in every sense a combined effort, resulting in not only a larger attendance but increased sale of programmes and a greater profit. Indeed we found much hidden talent freely displayed – from junior pupils, a number of whom should find satisfactory careers in the public relations field, to hitherto unsuspected sales ability from certain masters. Surely one well- known cricketer (who shall remain nameless) would make a magnificent fairground barker (? WRP?), and another handyman (GL or PY?) might well be expected to join the training staff at a reputable Epsom stable, although we understand that the insurance premium will be greatly increased for mounting his most temperamental steed.
The effort and strain of preparing for the Fete showed by the way in which the Chairman ‘cracked’ a few days before the event, and appeared on the day on crutches and with his leg in plaster.
However we should like to thank all those who helped in any way to make the afternoon the success it was. Failings there may well have been in some directions, but after two years we are learning fast, and lessons learnt will be put to good use next year, when we hope for similar kindly weather and an even greater profit than this year’s £870.
Some part of this year’s profits have already been put to work in providing the school with five overheard projection cameras and a copying unit, reference books for the various subject libraries, and spraying equipment for the Art Department. In addition, £100 has been invested as the first contribution to a fund for the eventual replacement for the school coach. Here again we have worked on a family basis, as the above suggestions and others were made by the staff and boys, acting through the School Council.
During the year we have, of course, pursued other activities, including the Annual Xmas Social and Draw. The first, and many other prizes from the Draw went to pupils of the school – we deny any collusion on our part which resulted in the Headmaster (AJ) obtaining part of his Christmas ‘spirit’ from this source, although we anticipate selling him more than one book of tickets this year.
On the educational side, we have of necessity spent a considerable time in putting our point of view on the future of the school to the Croydon Educational Committee. In fact our hats have barely fitted us since, as it appeared our objection was the only one to succeed.
We also enjoyed a very interesting evening’s discussion following a talk by Mr J H Evernden MBE, Croydon’s Principal Youth Employment Officer on ‘A Career for your Son’ in the course of which many parents learnt a lot.
All in all, we feel the Association has built firmly on the foundations laid in the first year, and we are convinced that it will go from strength to strength, given the continuing support of the kind displayed so far.

Many thanks for Martin Jones for this.
Posted by The Archive King at Sunday, November 04, 2018 No comments:

I am told that it is customary, when beginning the Bourne Editorial, to write
word or two on the subject of the School's literary enthusiasm. Each year the editors
write lyrically about their efforts at dredging some presentable material out of an
apathetic and even hostile school, concluding their epic of endless self-denial (and
eventual triumph over almost insuperable resistance) with a benediction for their
counterparts of the future. This usually expresses the vain hope that a miraculous
revival in the literary interest of this school will take place, just in time to cram the
next year's Bourne with exquisite poetry and prose. Sad as it is, I am compelled to
admit that no such literary renascence has come about, and, as usual, begging and
bribery have been the only successful stimulants. I can only hope that such deficiencies
as there are in this year's magazine will be put down to this tremendous handicap,
and that the 1969 Bourne will be considered no worse than its predecessors.
If nothing has changed in that respect, 1969 has certainly been an eventful year
in other ways. In January, Mr. Akers took up the post of Headmaster, and since then
much has happened. Most spectacular, perhaps, was the institution of the House
system in September of this year, along with the tutor group idea; it remains to be
seen if these concepts can overcome the deterioration in communication and intimacy
which, regrettably beginning to manifest itself now, will be particularly acute when
this school goes comprehensive in 1971. The prefect system, too, which was so
inefficient last year, has been revamped, so let us hope that the problem of sixth-form
responsibility will be solved once and for all. Altogether, for better or for worse, the
school is changing, and the editors would like to think that it is progressing. Whether
Less serious considerations aside, the school has been having its fair share of
we approve or not the realities of the 1960's, with such stiff competition for jobs and
be comforting to think that it will remain a place of education, rather than just an
five other boys gaining Oxbridge places, and at the last count twenty-five boys have
university places, are bound to affect the idea of "education" in this school; it would
exam factory, turning out so many "O" and "A" level passes.
gone up to other Universities. Jeff Teare and Martin Smith, for the second year
running, acted with the National Youth Theatre both in England and Germany:
success. J. D. Clark gained an exhibition in History at Downing College, Cambridge,
school drama has been very successful lately. In other fields, Douglas Fermer was
prizewinner in a Rotary Club essay competition, a richly deserved success, and a boy
from this school won the local heat of the U.N.A. debating competition. Members of
the school have gained many other distinctions, but no-one should fall into the trap
of judging a school's success just by outward appearances; that is not all that matters.
Finally, the editors would like to thank those people who have helped to publish
this year's Bourne. The English department has worked miracles, and much of the
credit for this year's issue must go to John Clark, who has done a great deal of work.
Posted by The Archive King at Friday, November 02, 2018 No comments: