Another image of Tudor Parade shops at Old Coulsdon, c1955.

Beyond the parade on the right is the top of Placehouse Lane, where the 190 bus terminated outside the Tudor Rose pub.
Crews used to take their breaks in the Old Tudor Cafe, seen here.

During term time lunch breaks, this parade would also be frequented by boys from the former Purley Grammar School, next door to the Tudor Rose.
The school has now been replaced by Coulsdon College.
As a former pupil, I fondly remember the Tudor Bakery here !

NB - Geoff Todd writes
Latest addition of the Tudor Parade shops brought back memories.
I left PCGS in 1955.   Every lunchtime the area was thronged with lads going to the recreation ground behind the War Memorial opposite Tudor Parade to play football.   Soccer and footballs had been banned within the school grounds.   No problem for us lads - Gordon Pirie's mother, who lived opposite the gates, allowed us to leave it in her shed.   Gordon, who ran with South London Harriers, had been encouraged by Mr. Baldwin a SLH member.   "Baldy" (he actually had a very full head of hair) took us cross country running, which I enjoyed.  He taught me German and the 6th for Russian.   I still remember the words of songs in German he taught us.  Dei Lorelei among them.
As stated the bakers was very popular, especially when school finished and prices were reduced.   I also remember the morning milk break when rock cakes were sold to pay for the cricket pavilion.   Great consternation when the price increased from a penny to one and a half pence!
Regards, 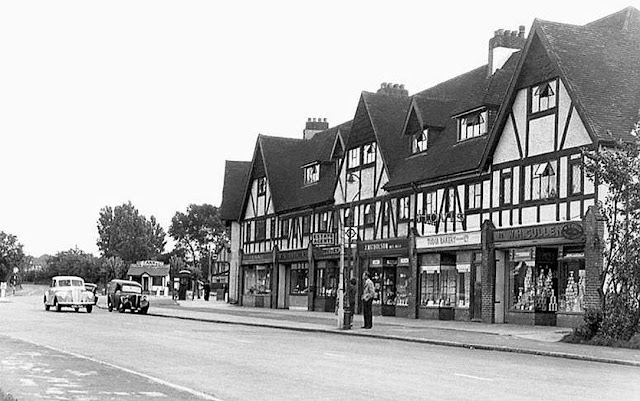 Alan Girling has a very good memory of this photo -

"There is no Mick Giradot in the photo,  who I think was in the First X by then, he had been our star player up until that time and played for Surrey Colts.

On the floor:  Steve Taylor.

As we know, Steve Taylor and Rob Lane are sadly no longer with us.  Geoff Pickerill was at the 2007 reunion.  I still exchange the occasional email with Steve Gilfedder who returned to Australia  after PGS and now lives in Melbourne.  I know Mark is still around" 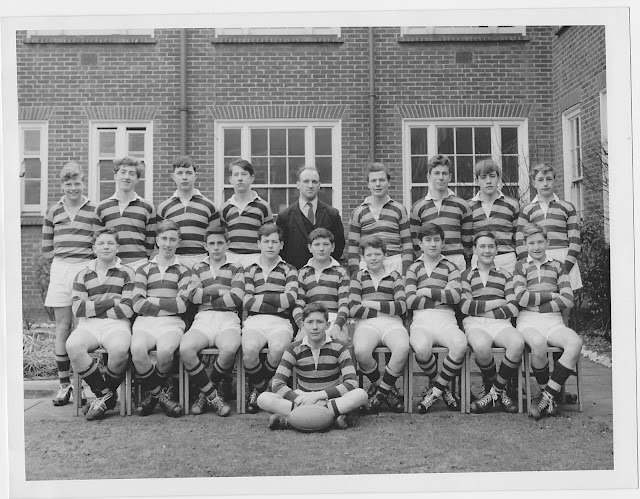 
'Thank you and sorry to hear of the passing of Geoff Charman.

Geoff was in fact two years ahead of me and left in 1966 with three 'A' levels including a distinction in History. I mentioned his passing to those who were at the reunion on Wednesday, and was told that he went into teaching after Purley and became Head of St Andrew's CofE High School in Croydon, although we didn't have any details or dates.

As you have intimated, Geoff was a fine sportsman, and successive Bourne's refer to his cricketing and rugby ability, for example 1964/5, Cricket 1st XI, "Furry Charman demonstrated considerable batting development and medium paced, pronounced in-swing bowler, hard to score off" and 1963/4, Rugby 1st XV, "Charman (full back) provided a perpetual menace to opposing onslaughts with his kicking and tackling, and his experience in this position will be of great value to the school during the coming year". Not sure why he was nicknamed 'Furry' and he must have been in the 1st XV in his fifth year which was good going.

I remember Geoff as tall and thin and unsurprisingly athletic in build, however, as he was two years ahead of me, I cannot recall any other details about him. My condolences go to his family on their sad loss."

Here is Geoff - Number 12 Rear right. Thanks to Alan Girling for this photo and the names - 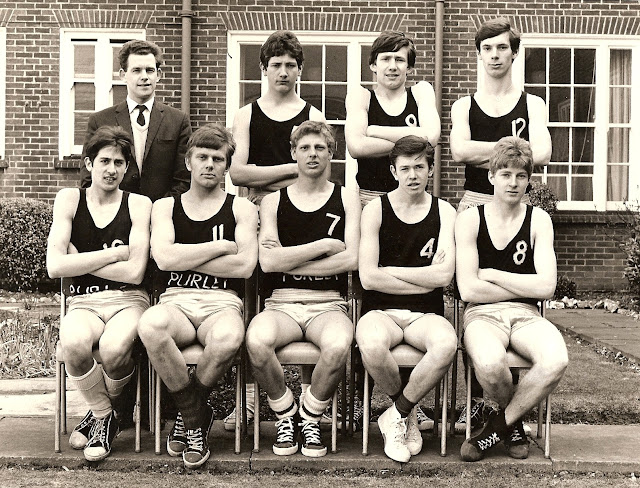 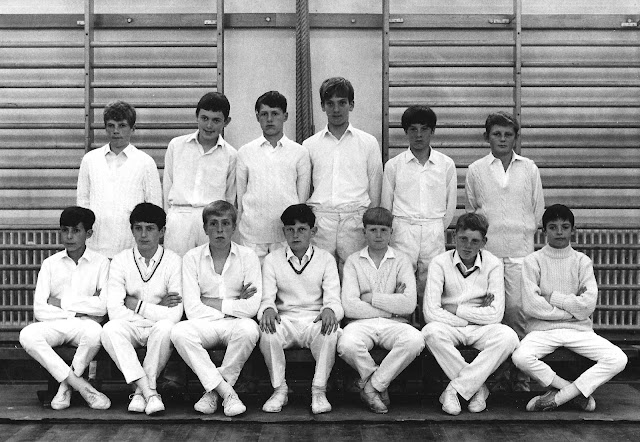 Posted by The Archive King at Wednesday, July 24, 2019 No comments:

Another image of Tudor Parade shops at Old Coulsdon, c1955.On the left is the top of Placehouse Lane, and behind the left shoulder of the photographer would be the terminus of the 190 bus outside the Tudor Rose pub. Crews used to take their breaks in the Old Tudor Cafe, seen here.

During term time lunch breaks, this parade would also be frequented by boys from the former Purley Grammar School, next door to the Tudor Rose.
The school has now been replaced by Coulsdon College. 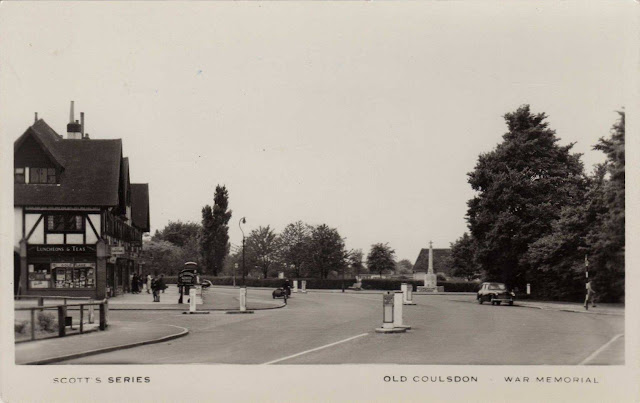 Top right is Richard Mowbray   - Paul Barber - any others spotted and named ? Leave in the comments box below.
Posted by The Archive King at Sunday, July 07, 2019 No comments: 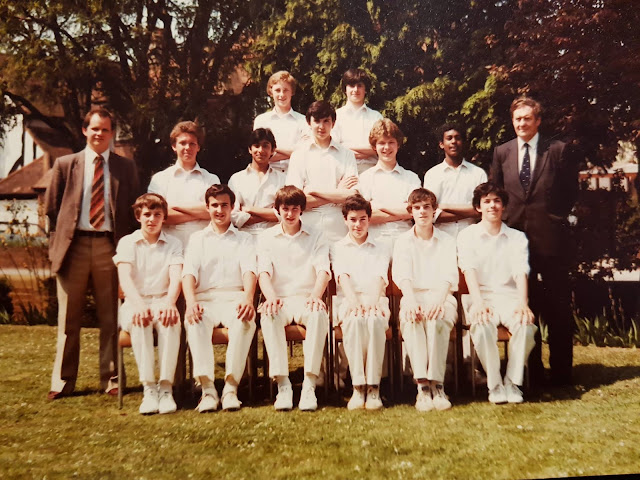