Thanks to Paul Masters for this gem. 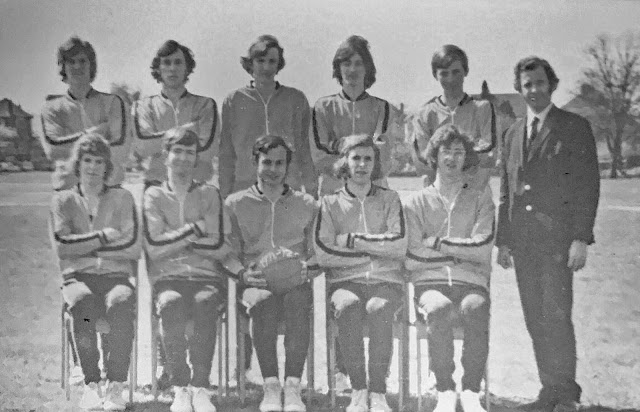 Posted by The Archive King at Thursday, October 31, 2019 No comments: 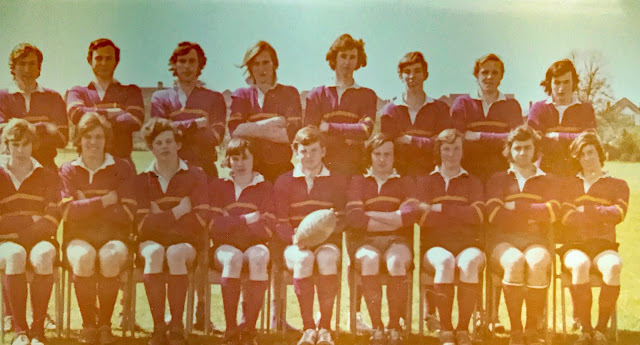 Posted by The Archive King at Thursday, October 24, 2019 No comments: 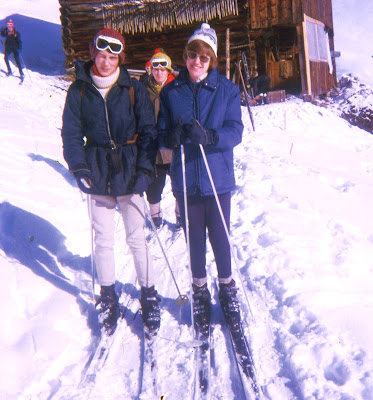 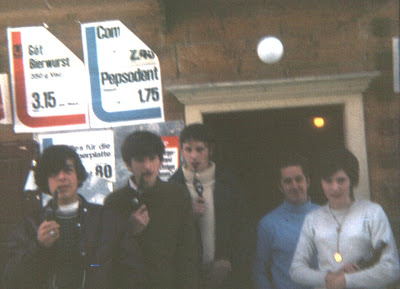 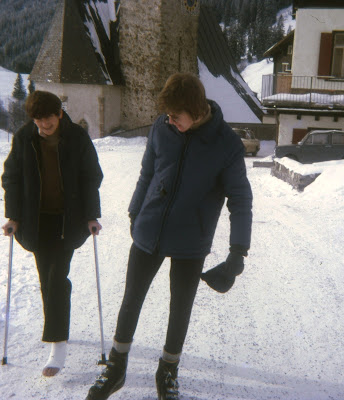 "I promised to write a story relating to the above.  But first I feel it must start with Admiral Goodenough, of Jutlandfame and his wife.   The Goodnoughs lived quite close to Dr. Birchall (about a quarter of a mile away in Old Coulsdon.)
I often saw Lord G. pushing a wheelbarrow wearing a dirty old raincoat near the shopping Parade not far from our Clubhouse.
They lived in a large but tatty house called Parsons Pightle!  Yes, precisely  where we invested later on.
Lord G died in 1945 and Lady G in1956. She worked hard by organising money for a number of Charities plus the WI.
I do not know but their old habitation was put on the market by the local Council!    They were asking £14,000 which you can guess was out of most people,s reach.   We were interested in the field and the outhouse only (formerly occupied by a married couple who presumably looked after the Goodenoughs
It was lucky for us that we had an Old  Boy who was a qualified architect and he offered to freely draft out anything in the way
alterations; his name was Gordon Holden. To cut a long story short, we presented our drawings? to the council and set up a 7/14 year lease of the field and the area containing the outhouse.  Luckily, a good number of our players used to turn up for working parties often bringing their own tools etc.
It is here where we owed Harry Bacon who much earlier was the son in the firm of "Harry Bacon and Son" Builders and decorators"   As I may have intimated Peter C.  and Harry Bacon were the School's rugby centre three quarters; they were great mates and when they left School they played for the OB's. There was a photo of them in the Clubhouse;  I don' know whether it is still there?
Then they encountered 1939 and I believe the OB's shut down a  while;  Harry was not called up because builders and decorators were required to "mend bombed houses etc."  PC, I guess, was in the services and spent his time entertaining
those serving.   Thus, Harry and Peter lost touch with each other for many years.
It happened that Harry saw a para  in a newspaper  that  said PC's Nephew was playing Rugby for Hamshire's under sixteen,s
rugby schools Peter always took his nephew to all his games .  They were due to play against Surrey's under 16's at Streatham's ground. harry decided to go to Streatham to see if he could once again see him.
He turned up at the ground which had a good crowd (parents, and other relations)  He wandered over to a small stand and was certain he recognised PC.  When he got nearer it was him definitely, so he climbed two steps, Cushing was watching the game so did not immediately see Harry. Harry softly dug him in the ribs and said loudly "Hallo Peter, remember me? Peter turned round and  said............"Bugger me, it's Rasher!
They had a lovely time chatting and going through old memories  (Harry never told us that his school nickname was Rasher"

Posted by The Archive King at Monday, October 14, 2019 No comments:

"After returning from my National Service we made our first encounter with the headmaster of Worcester RGS - a former Purley boy by name of Godfrey Brown.
I believe you would be aware that he won a Silver and a Gold at the Berlin 1936 Olympics!  Taffy Williams knew a lot about him saying that he was the best sprinter in the UK at that time!   He (Brown) told us that he should have won the 400m and was leading round the last bend by several metres when he glanced round so he eased off a little.  That was his downfall, he was nearly at the tape when he heard the noise of fast feet and an American (named Williams I think) overtook him!
At school and elsewhere he was known as Mr Brown or Godfrey.  Secretly the boys called him "God"
In the quartet that won the 4x400m gold there was another Godfrey - namely Godfrey Rampling (Yes the father of film Star Charlotte Rampling!)  He had competed in the same event in the 1932 LA Olympics....and also won a Silver!

John Hanson writes an  important PS to the last entry Re: Gerald Crute the teacher at PGS.

Richard Walker and wife Vivienne ( he was at PGS early 1950's ) went to somewhere in the West Country for a holiday.  Out for a walk one day they found themselves in a pleasant village. They also saw a charming church so decided to go in.  As they were approaching the church they heard that somebody was playing the organ.  They decided to pop inside as the organist was very efficient.  He then finished his piece and stopped for a while.  Dick and Viv. decided that they could now look round the church so they turned round to see if he was going to play again ......he had disappeared.     A little later the Vicar arrived so they had a little chat.  They told him about the organist congratulating on having such a brilliant performer.  The vicar said that they had already applied for a replacement and suggested that maybe an applicant had popped in to view the  church and tickle the keys!  Then he said "could you describe this organist
to me"

They did their best at the brief viewing; the vicar thought a bit and then announced:-  from your description I can assure you that it absolutely matches that of our former organist.  His name was Gerald Crute and he committed suicide six weeks ago!!!!!
Posted by The Archive King at Thursday, October 03, 2019 No comments: